You are here: Home / Archives for Quinten Rollins

As of Monday afternoon, surgery had not been scheduled according to McCarthy.  But no decision on Rodgers roster spot will likely be made until after the surgery. END_OF_DOCUMENT_TOKEN_TO_BE_REPLACED 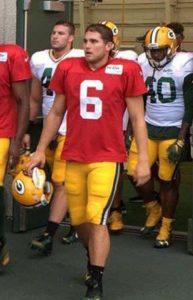 The Green Bay Packers have signed quarterback Joe Callahan to the active roster from their practice squad on Monday and placed defensive back Quinten Rollins on injured reserve.

After being released following training camp, he has spent the first six weeks of this season on the Packers’ practice squad.

In 2015, he became the first NCAA Division III quarterback to throw for 5,000 yards in a season, earning the Gagliardi Trophy, the highest award in Division III football. 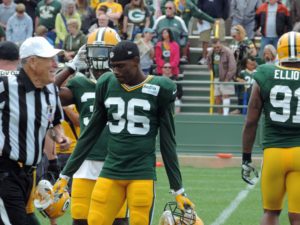 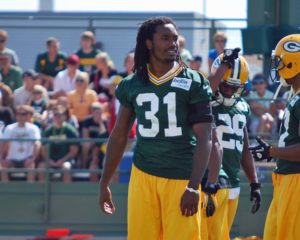 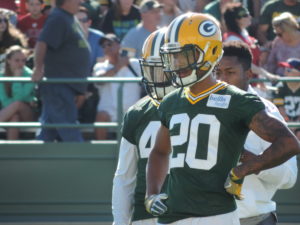 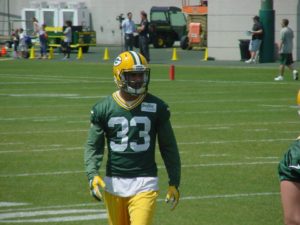 The Packers were forced to move players around on Sunday night as Micah Hyde was moved to outside cover corner and Morgan Burnett played slot corner with the numbers dwindling. END_OF_DOCUMENT_TOKEN_TO_BE_REPLACED 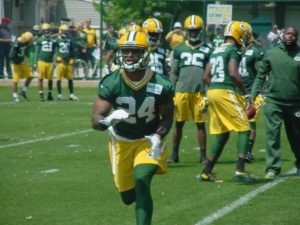 If Goodson and Rollins can’t play, the Packers will be as thin as they’ve been all year.  It would leave the Packers with LaDarius Gunter, Micah Hyde and Josh Hawkins. END_OF_DOCUMENT_TOKEN_TO_BE_REPLACED

The Packers are already without top corner Sam Shields, who was placed on injured reserve last week after missing four games with a concussion.  Shields could come back in eight weeks but he could also be done for the season. END_OF_DOCUMENT_TOKEN_TO_BE_REPLACED 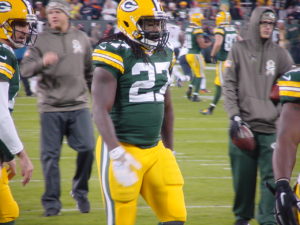 Instead, the Packers offense started fast but struggled to maintain any consistency and it was up to the defense to save the day.  That’s exactly what they did, holding Beckham to five catches for 56 yards.  Cruz had one reception and Shepherd had two catches for 14 yards. END_OF_DOCUMENT_TOKEN_TO_BE_REPLACED

Green Bay Packers defensive back Sam Shields has entered the NFL’s concussion protocol and won’t be able to return to the field until team doctors and an independent neurologist clear him.

Shields suffered his second concussion in nine months and fourth dating back to his college days while making a tackle on Jacksonville running back T.J. Yeldon late in Sunday’s game.

Under the NFL’s concussion guidelines, Shields must now pass a series of tests before he can even practice again.

Shields suffered a concussion last season against Dallas on Dec. 13 and missed a total of four games.  He returned for the team’s divisional playoff game at Arizona on Jan. 16. END_OF_DOCUMENT_TOKEN_TO_BE_REPLACED