You are here: Home / Archives for Ryder Cup The PGA of America made it official on Wednesday, postponing the 2020 Ryder Cup at Whistling Straits until Sept. 21-26, 2021.

The PGA Tour resumed its season last month without fans, but the Ryder Cup and its rich tradition is difficult to be held without spectators in attendance.

But fans move from hole to hole in mass, following the golfers.  That scenario just simply isn’t safe with the coronavirus in play.

Thousands of tickets for the 2020 Ryder Cup and can be rolled into next year’s event.  Fans also have the option of seeking a refund.

Now the question is, will the world see a vaccine and/or treatment for the coronavirus in time to allow fans to be on hand in Wisconsin for the 2021 Ryder Cup?

The COVID-19 pandemic is forcing the PGA of America to change the way they select the U.S. Ryder Cup team in 2020.

Previously, the top eight players were placed on the team based on a points system, with the final four spots on the U.S. roster to be decided by the team’s captain.

But instead of the customary four players chosen by the team captain to fill out the roster, Madison’s Steve Stricker will be forced to make six selections, an crease of two more players.

The PGA Tour has already banned fans from the first four events of the golf season in June, but the Ryder Cup?

PGA of America CEO Seth Waugh told WFAN in New York on Sunday that they’re considering that very thing, a spectator-less event in September (25-27) at Whistling Straits near Kohler.

Waugh said while “it’s hard to imagine one (Ryder Cup) without fans” and that “the fans are the Ryder Cup, to a certain degree”, he acknowledged his organization is considering the possibility.

“We have begin to talk about whether you could create some virtual fan experience, and we’re going to try to be as creative as we can,” Waugh said.  “It’s still be be determined, frankly, whether you could hold it without fans or not.”

Some events on the PGA Tour could go without fans.  It’s not ideal.  But the Ryder Cup?  There are many who believe the event should be cancelled if the fans can’t be a part of it.  That includes European Captain Padrick Harrington, who is not in favor of a Ryder Cup without fans.

The Europeans are the defending Ryder Cup champions.

AUDIO: Seth Waugh said all events are important, but the Ryder Cup tops the list :22

The PGA of America has scheduled a news conference for Wednesday morning at Fiserv Forum to announce what has been assumed for some time now.

According to Gary D’Amato of Wisconsin.Golf, Madison’s Steve Stricker will be announced as the captain of the 2020 United States Ryder Cup team.

Stricker has served as a Ryder Cup assistant captain and will now lead the U.S. squad at Whistling Straits near Kohler from Sept. 25-27, 2020.

The Ryder Cup, held every other year, has never taken place on Wisconsin soil.

The 51-year-old Stricker has won 12 PGA Tour events, as well as three PGA Tour Champions events.  Stricker never won a major, but he did finish second at the PGA Championship in 1998 and has 13 top-10 finishes in majors.

Stricker is widely respected by his peers in the world of golf but will be the first U.S. captain without a major championship.

Europe has won four of the last five Ryder Cups, including last year’s event in France.

Stricker will be a vice captain in the third straight Ryder Cup tournament.  It comes after he served as team captain at last falls Presidents Cup.

The Ryder Cup matches are the last week of September outside of Paris.

Madison’s Steve Stricker will serve as an assistant captain on the U.S. squad for the upcoming Presidents Cup Oct. 6-11 in South Korea.

Jay Haas is the captain for the U.S. team.  He had already picked Fred Couples and Davis Love III as assistant captains and has now added Stricker.

The U.S. Presidents Cup team will be finalized on September 7. 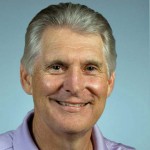