You are here: Home / Archives for Sam Cogan

The Wisconsin women’s hockey team rebounded from a 2-1 loss on Friday night to beat Bemidji State 4-0 on Saturday in Bemidji, Minnnesota.

After a scoreless opening period for the Badgers (24-4-0, 14-4-0-0 WCHA), senior Sam Cogan got things started.  Cogan received a feed from freshman Sophie Shirley heading towards the net and sliced the puck past the BSU (10-16-2, 7-9-2-0 WCHA) netminder just a minute into the second period that gave the Badgers the first lead of the day.

Cogan struck again at the 8:39 mark, followed by a goal by Britta Curl.  Maddie Rolfes added an empty netter in the third for the final margin.

The Badgers return home to LaBahn Arena to host Minnesota State in a two-game series.  The first game is Saturday afternoon at 2 p.m.  Sunday’s second game is also a 2 p.m. faceoff as UW will celebrate the retirement of head coach Mark Johnson’s jersey by the UW men’s hockey program. 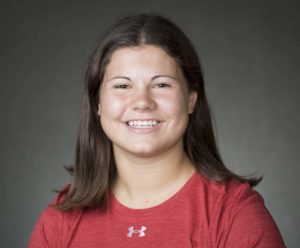 The top ranked Wisconsin women’s hockey team skated to a 1-1 tie with Ohio State in regulation, then grabbed the extra point with a shootout win over the Buckeyes at LaBahn Arena.

The Badgers outshot the Buckeyes 38-7 throughout regulation and overtime.  Sophomore Sam Cogan scored a late goal for Wisconsin to tie the game and force overtime.

The Badgers will begin non-conference play this upcoming weekend, as they travel to No. 4 Clarkson to take on the Golden Knights. 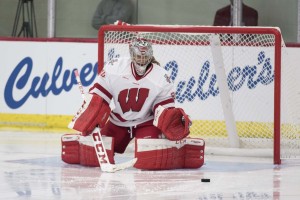 Goaltender Ann-Renee Desbiens set a Wisconsin record with her 15th shutout of the season as the second-ranked Badger women’s hockey team completed a sweep of Ohio State 2-0 on Saturday.

Desbiens leads the nation with a goals-against average of point-61, a save percentage of point-966 and those 15 shutouts.