You are here: Home / Archives for Sandy Cohen III

Cohen will report to the Cavaliers on Thursday in Cleveland and then travel with the team to Salt Lake City, Utah for the Salt Lake City summer League.  The Cavs will play three games in Salt Lake, playing on July 1-3.  Cohen is then expected to head to Nevada with the Cavs for the Las Vegas Summer League July 5-15.

Cohen will be hoping to earn a roster spot with the Cavs for the start of training camp.

The Seymour, Wisconsin native set the Division I single season scoring record at Green Bay last season (666).  He earned First Team All-Horizon League honors and CIT All-Tournament team honors.  He was invited to participate in the Portsmouth Invitational and also took part in the 3X3U Tournament for the Horizon League at the NCAA Final Four.

Cohen averaged 17.5 points and 6.4 rebounds a game to lead the Phoenix.

Green Bay’s postseason ride in the 2019 CIT came to an end on Thursday night.  The Phoenix fell to Marshall 90-70 in the CIT title game, handing Green Bay a runner-up finish.

The Phoenix led 42-40 at halftime, but Marshall (23-14) poured in 50 points in the second.  The Herd had 16 offensive rebounds, converting them into 24 second-chance points, while scoring 58 points in the paint.

ShanQuan Hemphill scored 21 points and pulled down 13 rebounds to lead the Phoenix, his fifth double-double of the season.

Green Bay will return 78 percent of its scoring, along with four out of their five starters next season.  Sandy Cohen III played his last game for the Phoenix, finishing with 13 points.

The Green Bay Phoenix rolled to a 80-65 win over CSU Bakersfield in the quarterfinals of the CIT on Friday night at the Kress Center.

With the win, the Phoenix (20-16) advances to the CIT semifinals, which it will host on Tuesday night (April 2) at the Kress Center for an 8 p.m. tip against Texas Southern.

Five Green Bay players scored in double-figures and getting another 15-point performance from Sandy Cohen III.  As a team, the Phoenix buried 11 3-pointers and assisted on 17 of its 27 made field goals.

The Phoenix has now won its three CIT games by an average of 17.6 points a game, while getting solid efforts from multiple players.

The Green Bay Phoenix (19-16) rolled to a 98-68 win over Florida International in the Second Round of the CIT on Tuesday night at the Kress Center in Green Bay.  It marked the first time a Green Bay Phoenix team won back-to-back postseason games.

Sandy Cohen III continued his postseason tear, nearly notching a triple-double with 20 points, 10 rebounds and eight assists.  It’s the fifth time in his last six games that Cohen has notched at least 20 points, while moving within 31 points of 1,000 for his career.

Green Bay shot 51.5 percent for the game and is averaging 100 points in two CIT games.

The Phoenix will host CSU Bakersfield (18-15) in a CIT Quarterfinal game on Friday night (6 p.m.) at the Kress Center on the Green Bay campus. 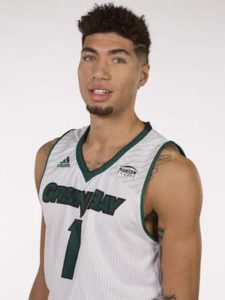 Green Bay men’s basketball junior Sandy Cohen III has been granted an NCAA waiver, receiving an additional year of athletic eligibility to be used in the 2018-19 season.  Cohen III will become eligible to play in his first game this season on Dec. 21 versus Bowling Green at the Resch Center, and will play out the remainder of his redshirt-junior year in 2017-18.

The Seymour, Wis., native came to Green Bay from Marquette in December 2016, before sitting out the 2016-17 season due to NCAA Division I transfer rules.  Cohen III has been practicing with the team since that time and traveled with the team to Puerto Rico in August, where he averaged 11.0 PPG and led the team in rebounding with 5.5 RPG.

Cohen III will be ineligible for the first 12 games of this season, after transferring mid-season last year.

Green Bay opens practice on Monday, Oct. 9 and will face Ripon on Monday, Oct. 30, for its exhibition game at the Resch Center.  The Phoenix officially opens the regular season on Tuesday, Nov. 14, at Northern Illinois.