You are here: Home / Archives for Scott Nelson 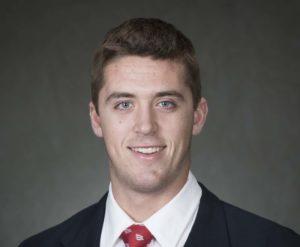 For the second straight week, the Wisconsin Badgers pitched a shutout at their opponent, blanking Central Michigan 61-0 on Saturday at Camp Randall Stadium.

But this game belonged to junior quarterback Jack Coan.  After a solid performance last week at South Florida, Coan was outstanding in the Badgers home opener.  He set career highs in completions, attempts, yards and touchdowns, going 26-for-33 for 363 yards with three touchdown passes and no interceptions (201.2 pass efficiency rating) in his first start at Camp Randall Stadium.

Coan’s 363 yards are the 5th-highest single-game total in school history and the most by a Badgers quarterback since Tyler Donovan threw for 392 yards against Illinois on Oct. 6, 2007.  Coan became the END_OF_DOCUMENT_TOKEN_TO_BE_REPLACED