You are here: Home / Archives for Seth Gross 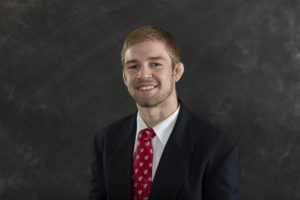 Gross will begin his coaching career with the Badgers while also training for the 2021 Olympic games.

Gross is very familiar with Bono and associate head coach Jon Reader.  The duo recruited him to South Dakota State as a transfer in 2015.  As a redshirt freshman, Gross went 27-13 and competed at the NCAA championship for the Jackrabbits.  Moving onto his sophomore year, Gross was never ranked below seventh in the country at 133 pounds and earned a second-place finish at the 2017 NCAA Championships.

In his junior season at South Dakota State, Gross was the top-ranked wrestler in his weight class for the entire season.  He took his 29-1 record to the NCAA championship and claimed the 133-pound title over END_OF_DOCUMENT_TOKEN_TO_BE_REPLACED