You are here: Home / Archives for Soccer

The Wisconsin women’s soccer team will head to Los Angeles for the second and third rounds of the 2019 NCAA Women’s Soccer Championship.

The Badgers beat UW-Milwaukee 1-0 in Friday’s NCAA opening round.

The Milwaukee Wave captured its seventh indoor championship with a 5-2 win over the Monterrey Flash in the Major Arena Soccer League title game at Panther Arena on Sunday.

It’s the first title for the Wave since the 2012 season.

Penn State is the top choice to win the 2018 Big Ten Conference women’s soccer championship, according to the Big Ten preseason coaches’ poll announced on Monday.

The Nittany Lions, who have won 18 Big Ten titles and claimed their seventh Big Ten Tournament championship last year, were selected first in the 2018 Big Ten preseason poll by the conference’s 14 head coaches.

Rounding out the top five in the team balloting were Northwestern and Wisconsin.  Both the Wildcats and Badgers reached the second round of last year’s NCAA Tournament, with Northwestern also advancing to the 2017 Big Ten Tournament title game, the Wildcats’ second appearance in the final and first in 20 years.

The 2018 Big Ten women’s soccer season kicks off Thursday with six conference schools in action, while the remaining Big Ten programs will begin play this weekend.

The Milwaukee Brewers announced Thursday that Miller Park will play host to an international soccer match between C.F. Pachuca and Cub Leon on Wednesday, July 11 (7:30 p.m.).  Both teams represent Liga MX, the top-level of soccer in Mexico, with Landon Donovan bringing plenty of star power to Milwaukee as a member of Club Leon.

Tickets to the match go on sale to the public on Friday, May 11 (10 a.m. CT).  Fans can visit Brewers.com/soccer to purchase tickets.

This even will mark the third professional soccer match ever played at Miller Park.

Senior Chris Mueller headlined the group, becoming just the second player in program history to be named the Big Ten Offensive Player of the Year.

Mueller is just the second Badger in Wisconsin history to be named Big Ten Offensive Player of the Year after Tomislav Zadro garnered the accolade in 2013.  The Schaumburg, Illinois, native has consistently been at the top of the conference and the nation all season long in several categories.  He leads the conference and the country with 13 assists and 0.87 assists per game on the season.  In addition, the 2016 All-American has eight goals, 29 points, 62 shots, two gamewinners and 26 shots on goal in 15 games.  He also earned a spot on the All-Big Ten first team for the second consecutive year.

The Badgers play in the quarterfinals of the Big Ten Tournament on Sunday at noon in College Park, Maryland against the Terrapins. 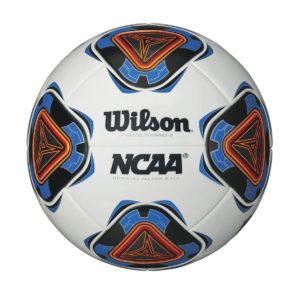 Junior Tom Barlow scored the Badgers lone goal in the 12th minute of play on a feed from junior Christopher Mueller.  The goal was Barlow’s fifth of the season and 13th of his career. 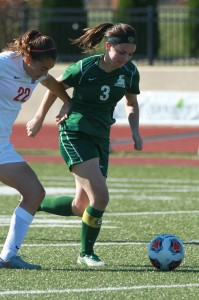 Vanden Avond’s goal in the 60th minute of the Green Knight’s 1-1 tie with nationally ranked UW-La Crosse gave her the 125th goal of her career.  The marker vaulted her past Luther College’s Katie Pettigrew, who scored 124 goals from 2001-04.

La Crosse outshot St. Norbert 19-9 for the match and 7-1 in the two overtime sessions, but goaltender Maddie Plinska made nine saves for the Green Knights.