You are here: Home / Archives for Sojourn Shelton

The Wisconsin Badger football team locked up one of their top defensive targets in their 2021 recruiting class, receiving a verbal commitment from Akron outside linebacker/defensive end Darryl Peterson.

This is a big get for Badgers coach Paul Chryst.  Peterson chose Wisconsin over Alabama, Michigan, Penn State and Minnesota among others.

Peterson recorded a school-record 21 sacks as a high school junior.  He gives the Badgers 12 known commitments for the 2021 class.

Former Badger defensive back Sojourn Shelton was waived by the Arizona Cardinals on Monday.

The 25-year-old Shelton originally signed with the Cardinals as an undrafted free agent out of Wisconsin in 2017.  He also spent time with the Bengals and Eagles before returning to Arizona.

During his college career at UW, Shelton recorded 129 tackles, nine interceptions, tow forced fumbles and a fumble recovery in 53 games. 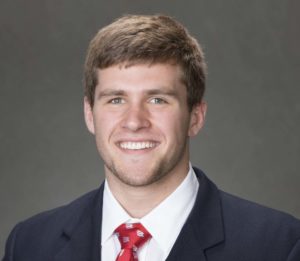 Minnesota quarterback Mitch Leidner passed for 111 yards and a touchdown and rushed for 60 yards as the Gophers were jumping all over the Badgers in the first half. END_OF_DOCUMENT_TOKEN_TO_BE_REPLACED 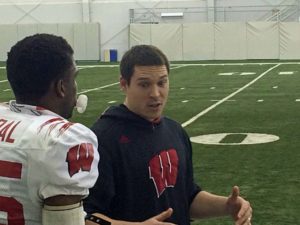 The starting Wisconsin secondary stands 5’10, 5’10, 5’9 and 5’11.  Cornerback Sojourn Shelton is a veteran in the Badger secondary, having started 37 games.  But he stands 5’9 and weights 168 pounds. END_OF_DOCUMENT_TOKEN_TO_BE_REPLACED