You are here: Home / Archives for St. Norbert College

The St. Norbert College Green Knights after being perched at the top of the Division 3 College polls all-season, but a recent bump in the road has seen them fall from first to third in the latest polls (USCHO.com & D3hockey.com).

The Green Knights dropped three straight games over the last two weekends before ending the skid with a 5-1 victory over Trine on Saturday.

As a result, the Knights fell from first to third.  Adrian College, who handed St. Norbert one of its losses, moved into the top spot and UW-Stevens Point is now ranked second.

The Wisconsin Badgers split with Notre Dame two weeks ago, then took 5 of 6 points in their two game series with Penn State this past weekend, yet for the third week in a row, there’s been no movement.  The Badgers, who are 19th in the PairWise rankings, are 18th in the USCHO.com poll.

Notre Dame, which also split a pair of games with Minnesota last weekend, dropped out of the top spot to number-2, with Cornell moving into the top spot.  Clarkson is third, Denver fourth and Ohio State is in at number-5.

The Badgers hit the road for a two-game series at Michigan this weekend, before returning home to face rival Minnesota in two weeks.

After St. Norbert cut the gap to 4-2, Northland scored a fifth goal to take a 5-2 lead.  The Knights would score two more times but couldn’t get the equalizer.

The St. Norbert College women’s basketball team is unable to compete in its next 10 women’s basketball games due to a violation of institutional policy stemming from an on-campus alcohol-related incident involving a number of players.

The decision, as decided by the St. Norbert college student judicial review process, suspends the involved students for 10 games.  The suspension is effective immediately and will run through Jan. 24.

“The health and wellness of our student body is of paramount importance,” Rev. Jay Fostner, O. Praem., St. Norbert College Vice President of Mission and Student Affairs said.  “We have  high expectations of our student-athletes and our students in general.”

Additionally, St. Norbert College is ineligible for the Midwest Conference Women’s Basketball Tournament and regular-season championship because it is unable to play a full conference schedule as result of a situation within an institution’s control.

St. Norbert College will continue with practice and other team functions prior to resuming its season on Jan. 27 at Cornell (Iowa) College. 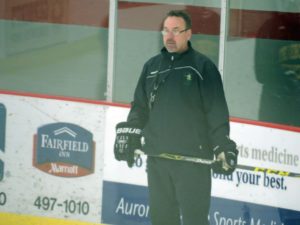 As a player, Coghlin captained UW-Stevens Point’s first NCAA Division III championship team in 1989 and was an assistant coach with the Pointers when they won the national title in 1993 and finished runner-up in 1992. END_OF_DOCUMENT_TOKEN_TO_BE_REPLACED 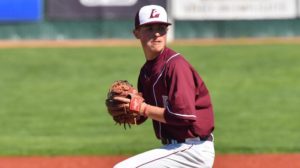 Mason McMahon scattered five hits in six innings to lead UW-La Crosse to a 5-2 win over top-seed and host UW-Whitewater in the NCAA’s Midwest Regional.

The Warhawks fell to 36-8 and dropped into the losers bracket in the double elimination tournament.  They’ll face St. Thomas (27-17) at 10 a.m. Saturday.

The St. Norbert College Green Knights struck out 13 times and fell to St. Scholastica 2-0 on Friday morning, becoming the first team to be eliminated from the NCAA Midwest Regional field. END_OF_DOCUMENT_TOKEN_TO_BE_REPLACED 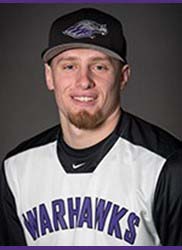 UW-Whitewater and UW-La Crosse both earned opening round wins on Thursday at the NCAA D-3 Midwest Baseball Regional in Whitewater.

The top-seeded and host Warhawks (36-7) held off St. Norbert College 4-2 in their opening round game.

Heath Renz (pictured) allowed one run and struck out five in four innings to improve to 9-0 on the season.  Mike Nompleggi earned his 7th save.

Blake Fleischman and Steve Chamberlain both had RBI doubles for the Warhawks, who improved to 36-7.

Whitewater will face La Crosse in a winners bracket matchup at 4:30 p.m. today.  In eight meetings this season, the Warhawks are 7-1 against the Eagles.

Joel Zyhowski drove in three runs for the Eagles as they rolled to a 11-2 win over the Saints of St. Scholastica (32-9) in the first game of the day on Thursday. END_OF_DOCUMENT_TOKEN_TO_BE_REPLACED 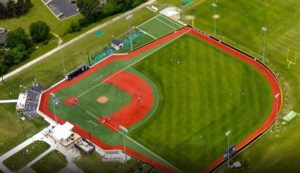 UW-La Crosse also earned an at-large spot in the field and will be seeded fifth.  The Eagles will face St. Scholastica in the first game of the dam on Thursday at 10 a.m. END_OF_DOCUMENT_TOKEN_TO_BE_REPLACED

It’s the fifth straight NCAA tournament appearance for Whitewater and 20th overall.  The Warhawks have national runner-up finishes in 1987 and 2008.

UW-La Crosse (28-14) will host a four-team, double-elimination regional which starts on Friday.  The Eagles will face St. Norbert College (21-14) in their opening game.  UW-Oshkosh (30-11) will also take part and face Benedictine University (Ill.) (33-11) in its first game.

River Falls captured the WIAC Tournament Championship, knocking off Oshkosh 60-59.  The Falcons captured the automatic bid for the NCAA Division III tournament in the process.

The Titans (17-10) had a chance.  Ben Boots, who shoots 86.7% from the free-throw line on the season, missed both free throws after he was fouled with 55-seconds left and then missed a three-pointer at the buzzer.

Ripon College knocked off Lake Forest 81-72 to capture the men’s Midwest Conference Championship and earn a trip the NCAA Division III tournament for the first time since 2002. END_OF_DOCUMENT_TOKEN_TO_BE_REPLACED 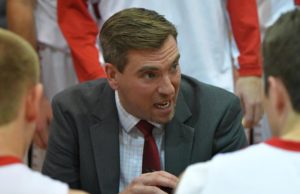 Ben Bobinski had 14 points to lead the Green Knights in defeat.

The two teams will meet again, on January 31st, at the Kress Center in Green Bay.