You are here: Home / Archives for stem cells

The state commits to collaborating with California on stem cell research.

Wisconsin signs an agreement with California to help scientists in both states to combine forces and more quickly discover better treatments for patients.

There’s bad news from the front lines in the battle to keep Asian carp out of the Great Lakes. Agencies which have been monitoring the area around the so-called “carp barrier” in the Chicago Sanitary and Ship Canal say environmental DNA samples indicate that the invasive Silver and Bighead carp have breached the barrier. But Cameron Davis with the federal Environmental Protection Agency insists that does not mean the carp will enter Lake Michigan. “This is not a foregone conclusion,” Davis said during a media conference call on Friday. Davis called the eDNA sampling is “the best we have . . . we believe it’s very accurate.”

While Davis said no actual fish have been found beyond the barrier yet, Dr. David Lodge, the University of Notre Dame scientist who’s conducting the testing, said it’s likely the invasive carp have in fact bypassed the barrier. “There is no reason to think that their aren’t carp present when the DNA is detected,” said Lodge. END_OF_DOCUMENT_TOKEN_TO_BE_REPLACED

The issue of driving while using a cell phone gets another hearing at the capitol.

“We’re pleased to join with Representative Smith of Eau Claire to offer this legislation which prohibits a driver from using their cell phone in a hand-held mode — namely holding on to it — for verbal communication, sending or receiving text messages or email or other device functions that communicate with other persons.”

Peterson says drivers would be able to use a hands-free device, including an earpiece or something hooked up to their stereo system. His testimony refers to an article on this subject, which discusses the effect of cell use while driving.

“If you’re driving while cell-phoning, then your performance is going to be as poor as if you were legally drunk.”

Opponents say there’s already a law on the books banning “inattentive driving,” and that should be enforced. END_OF_DOCUMENT_TOKEN_TO_BE_REPLACED

Type 1 diabetes is a disorder of the body's immune system, which attacks the cells in the pancreas which produce insulin. Can stem cells provide a cure? Finding an answer to that is the goal of research which the UW School of Medicine and Public Health is participating in.

“Patients with Type 1, once those cells get destroyed, are totally dependent on injecting insulin,” says Dr. Melissa Meredith, principal investigator for the study here. “Although we've had a lot of advances in our types of insulins and pumps and types of things to treat it, it still is quite a burden on the patient.”

A UW student from Wausau, newly diagnosed with Type-1 diabetes, has already received experimental stem cells. “It's not going to be cure for the disease,” says Meredith. “Our goal would be to decrease dependence on insulin, or potentially even get patients off insulin, for at least awhile.” Other study participants, who must be between the ages of 18 and 30, are also being sought for the two year study. The experiment, sponsored by Baltimore based Osiris Therapeutics, involves just 20 medical centers nationally.

According to the National Institutes of Health, about 1.6 million of the approximately 23.6 million people in the U.S. who are diabetic have Type 1 diabetes.

"When science is rapidly moving in a different direction, with the use of ethical iPS cells and adult stem cells, President Obama is turning back the clock, to spend our precious tax dollars on destroying living human embryos," says Lyons. "Every time an embryonic stem cell is retrieved, it is at the expense of a living human embryo." Lyons says scientists in Wisconsin and Japan are working on research with skin cells which don't involve the ending of embryonic life.

Lyons says her organization is not surprised by the president's actions . "We've been expecting this, we actually thought that it would have come sooner. It's sad that he's allowing his ideology – which does not allow for the protection of any human life that is essentially unborn human life – it will just not allow him to protect these individuals in any way, even when science is moving in different direction."

Some conservatives have long favored research of adult stem cells equating embryonic testing with taking a life. Fallone believe both methods have their place.

"It all works together, everything increases our understanding. The more we know about how the human body works the closer we are to curing disease," says Fallone.

He says the increased resources will make it easier to recruit scientists. Under the previous restrictions, established in 2001, there were "a number of very talented young researchers" who were turned off from entering the field.

Fallone adds the move by the President only opens to the door to more federal funding but does not specifically allocate money. 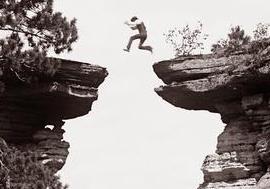 Creating a road-map to progress for Wisconsin…

A Task Force will reveal its recommendations to move Wisconsin forward by strengthening arts and creativity in our schools. Lt Governor Barbara Lawton says the new report aims to prepare our communities to be competitive in a global economy.

"What we assert is that arts education is not enrichment or a frill if you can afford it. It is central to the curriculum and that we need to re-center arts and creativity in the education of our children."

The Wisconsin Department of Tourism touts our state as consisting of original thinkers. Lawton agrees, saying creativity is the renewable energy for Wisconsin in this 21st Century global economy.

"Everyone has creative capacities and we need to develop them in every one of our children and the people in our workforce. All of us have the capacity to offer innovative ideas and to be risk-taking entrepreneurs."

"They're problem solvers but they are also problem identifiers. I think, really, the essence of creativity is that intrinsic understanding of what the next question should be."

Burmaster says arts and creativity play an essential role in reaching one's full potential. The two co-chairs of the statewide Task Force on Arts and Creativity on Education (created in March of 2008) say its members consist of 36 "thought leaders" from business, state and local government, education, and community arts organizations.

NOTE: Sir Ken Robinson, an internationally renowned guru of creativity, will speak on Friday at 1:00 as the Task Force reveals its recommendations at the Monona Terrace in Madison during the  Creative Wisconsin S ummit .

The companies are joining under the banner of Cellular Dynamics International (CDI), based in Madison. Stem Cell pioneer, Dr. James Thomson, says they're looking at the commercial use of stem cell technology.

Already, the company has contracts to develop stem cells for cardiac drug testing. Thomson believes the technology will eventually be used to test all medications before they go to market.

The two companies joining CDI are Stem Cell Products and iPS Cells. Thomson had a role in founding all three companies as a way to commercialize the discoveries made at the UW-Madison.

The merged companies will employ nearly 50 people and have been able to attract over $18 million in private funding. Thomson says they were able to get all of the capital they need from Wisconsin investors, which helps to make sure the research is still done in the Badger State.

Looming state and federal budgets may not only affect roads and infrastructure, but what goes on in the labs as well. An advocate says Wisconsin may be able to remain a leader in one area, stem cell research.

Ed Fallone of Wisconsin Stem Cell Now cites strong work being done at UW and the Medical College of Wisconsin and related private companies. He says the state has the "potential to be in the forefront" that could lead to drugs and cures. The non-profit president says, however, money is tight not only with government funding but in private enterprise. Wall Street woes have potential research start ups unable to obtain venture capital.

Fallone understands that the 100% of the public will never be on board with stem cell science that involves an embryo. He believes opposition to the science is waning.

Funding has often been an issue. President Bush would not allow federal money to be used to study future stem cells from discarded embryos.

A decade ago the journal Science reported Dr. James Thomson's team at UW-Madison had discovered embryonic stem cell lines which can regenerate tissues and organs inside the body. Much of the technology has not yet reached patients but Ed Fallon of Wisconsin Stem Cell Now is optimistic. The non-profit president believes the coming years will bring advancements in cellular biology and researchers will better develop understanding as to how cells develop.

"In particular in the near future we're going to see some breakthroughs in pharmaceuticals and drug therapies," says Fallon.

The science has not been controversy free. Fallon says social opposition to the research is waning as shown in Tuesday's election. On a Colorado ballot initiative, 75% percent of voters disagreed with defining a blastocyst as a person.

With a poor economy and government deficits, Fallon says the biggest challenge is find ways to pay for research either with taxes or private money.