You are here: Home / Archives for Steve Novak

The Milwaukee Bucks made it official on Monday, signing 33-year-old free agent forward Steve Novak  to a one-year deal.

Novak originally signed with the Bucks in February but appeared in only three games with the team before suffering a knee injury that required surgery.

Novak is the 15th player signed by the Bucks, giving the team a full roster as they head into the start of training camp in Madison on Sept. 27.

The 6’10 former Marquette standout gives the Bucks another three-point option off the bench.  They ranked last in three point shooting a year ago.

The Brown Deer native has played for nine teams during his 10-year NBA career.  He was the 32nd overall pick by Houston in 2006.

The Milwaukee Bucks are reportedly close to signing veterans Jason Terry and Steve Novak for the upcoming season.

ESPN.com reported Thursday that the Bucks were in advanced talks with Terry.

The 38-year-old Terry won the NBA sixth man award with Dallas in 2009 and spent the last two seasons with the Houston Rockets.  Bucks coach Jason Kidd played with Terry on the Dallas Mavericks NBA championship team in 2011.

The Bucks had originally signed Novak back in February after he was released by the Denver Nuggets.  He played in just three games with the Bucks before suffering a season-ending knee injury.

Terry ranks third all-time among NBA players in three-pointers made with 2,169, behind only Ray Allen and Reggie Miller. END_OF_DOCUMENT_TOKEN_TO_BE_REPLACED 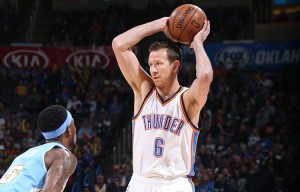