You are here: Home / Archives for tourism

Wisconsin could see big benefits from adding extra money to its tourism marketing budget now, instead of waiting for the next budget. State Senators Jim Holperin (D-Eagle River) and Bob Jauch (D-Poplar) make that argument in a letter to Governor Walker, where they ask him to consider adding legislation to a special session call that would give the Department of Tourism an extra $2 million for marketing efforts. END_OF_DOCUMENT_TOKEN_TO_BE_REPLACED

Wisconsin has a $12 billion tourism industry, but a coalition of small businesses say the state could be doing much more to attract visitors. Tourism Federation of Wisconsin president Ed Lump says they want lawmakers to spend an extra $2 million in the next state budget on promoting the Badger State. END_OF_DOCUMENT_TOKEN_TO_BE_REPLACED

As the seasons begin to change, state tourism officials are hoping to make it easier for fans of fall color to find out where to go.

The Travel Wisconsin Fall Color Report is up and running again this year. Lisa Marshall with the state Tourism Department says it provides an easy way to find out the conditions of trees in locations across the state. END_OF_DOCUMENT_TOKEN_TO_BE_REPLACED

It’s still summer, but the state Tourism Department is already looking ahead to fall.

Wisconsin Tourism Secretary Kelli Trumble says the agency is getting ready to roll out their autumn advertising campaign before the end of this month. The effort features the state’s fall color report, which helps to attract viewers from all over. END_OF_DOCUMENT_TOKEN_TO_BE_REPLACED

The Whistling Straits golf course near Sheboygan becomes the center of the golfing world this week, as the PGA Championship comes to Wisconsin.

It’s the second time in six years the PGA has brought a major event to the state, and Tourism Secretary Kelli Trumble says it could bring some major economic benefits along with it. END_OF_DOCUMENT_TOKEN_TO_BE_REPLACED

Just a month after a tornado did widespread damage at Old World Wisconsin, the state historic site is ready to open again.

On the night of June 21st a tornado touched down and moved across the grounds of Old World Wisconsin, downing nearly 2,500 trees and damaging several historic structures. Since then, director Dawn St. George says they’ve been working to repair the damage. END_OF_DOCUMENT_TOKEN_TO_BE_REPLACED 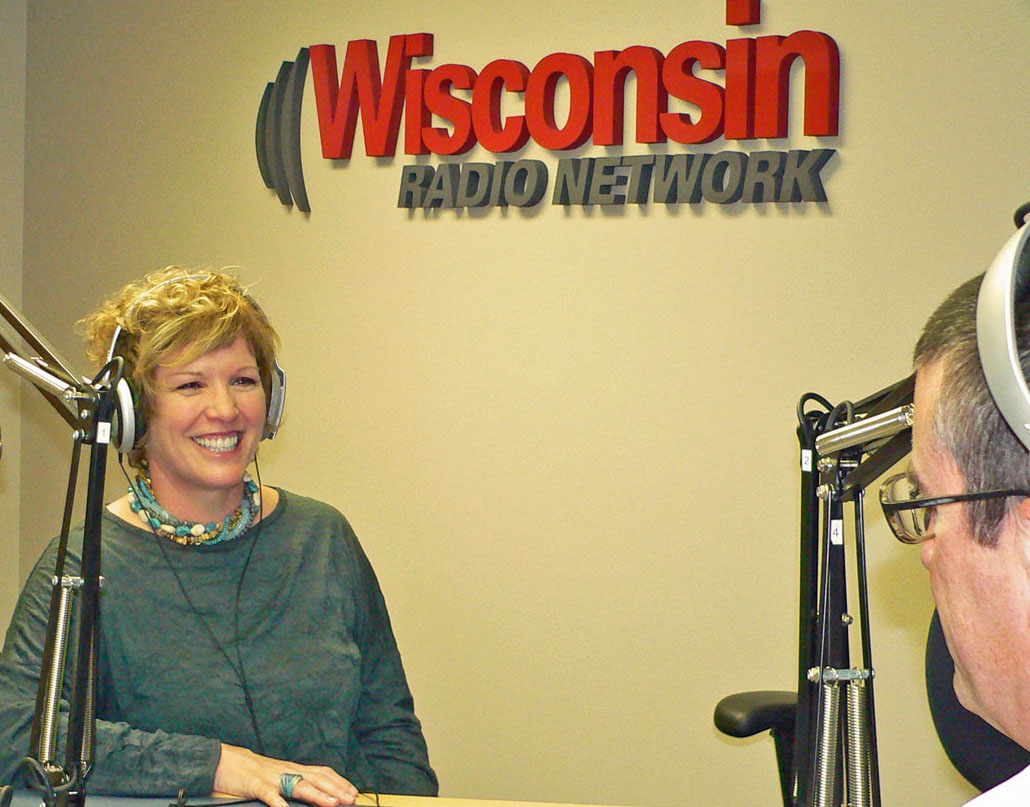 Wisconsin’s tourism secretary expects a modest rebound this year, for one of the state’s most important industries. Department of Tourism Secretary Kelli Trumble says new numbers show the industry saw a decrease in traveler spending in 2009. “The greatest drop was in the meetings and convention and business travel segment,” Trumble told WRN. Leisure travelers were unwilling to give up their Wisconsin vacations, but may have spent less while doing that. “So leisure was down around six percent, but where we had the greatest decline was around fifteen percent in the business convention, and about ten percent in business travel. END_OF_DOCUMENT_TOKEN_TO_BE_REPLACED

Travelers spend $13 billion in the state, making tourism Wisconsin’s third leading industry. During an informational hearing at the capitol, Trumble testifies how budget cuts won’t stop her determination to “keep the tourism machine running.” She says 310,000 people depend on tourism jobs in the state. But, Trumble says, the limited buying power of the approximate $8 million marketing dollars her agency has can’t compete with neighboring states.

Trumble says Wisconsin is about more than just leisure travel. It’s about sports travel; business travel; and meetings and convention. She says meetings and convention makes up 30% of the $13 billion of traveler spending. Trumble predicts 2009 economic impact numbers will show tourism spending is down. Various advocates of Wisconsin tourism testified in support of the industry, including hotels, restaurants and resorts.

The Senate Committee on Transportation, Tourism, Forestry, and Natural Resources held an informational hearing on Wednesday at the capitol. Committee Chair Jim Holperin (D-Conover) wanted to focus on initiatives to prepare for the next legislative session.

A Wisconsin lawmaker wants to save money, and he’s driving at eliminating free state highway maps.

In this economic crisis, it’s important to cut corners wherever we can. So says Republican Assemblyman Brett Davis from Oregon.

“Obviously we’re in an economic recession and the state budget is in difficult times and we have to be wary of spending state money. And I think the most important thing to me is we have to work hard to find as many efficiencies as we possibly can to save taxpayer dollars where it makes sense.”

Wisconsin DOT prints about 2-million maps a year, many of which are free-for-the-taking at state visitor centers. When considering a 62-billion dollar state budget, the two-year savings of 250-thousand dollars doesn’t seem like much, but Davis says every little bit helps. He’s already gotten some criticism from tourism advocates, who believe one has to spend money to make money. Considering tourism is Wisconsin’s third biggest industry, giving out maps makes sense. Davis says he wants to work with folks in the tourism community.

“I’m taking the approach where we are all in this together — families, businesses, tourism centers, etc. We all have to look for ways to get through it. So what we’re trying to do is take the approach that here’s one way that the state can be more efficient but we also want to make sure that tourism is not suffering in any way, shape or form.”

Davis says he’s open to new ideas, such as paying for the maps through advertisements rather than taxpayer dollars, and still promote tourism. Meanwhile, the DOT has a surplus of more than 400-thousand maps in storage, which could be used before any more maps are printed.

Wisconsin Department of Tourism’s logo “Live Like You Mean It.”

The autumn tourism campaign is under way, with no sign of the new logo.

You won’t find the Wisconsin Department of Tourism’s newest logo — “Live Like You Mean It” — in the agency’s new fall TV commercial, despite autumn being the second busiest travel season in Wisconsin. Kelli Trumble, Secretary of the Tourism Department, defends the lack of exposure, saying her agency had a “soft launch” this summer for the slogan.

“Building a brand like we’re building takes a tremendous amount of time.” Trumble says “first and foremost” they need to drive people to their consumer website TravelWisconsin.com.

Yet the new logo is not there, either.

“As it all evolves we’ll decide where a logo will be placed and not. You don’t always find logos in everything you do.”

Despite spending $251,000 to create, research and brand the new logo, Assemblyman Glenn Grothman, who sits on the legislative Tourism Committee, is actually glad the agency doesn’t feel obligated to use it. END_OF_DOCUMENT_TOKEN_TO_BE_REPLACED