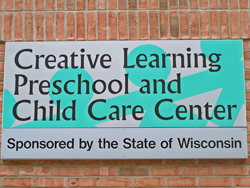 Taxpayer subsidized child care will remain, for state employees in downtown Madison. The little known subsidy was the target of a motion by Joint Finance Committee Republicans like Senator Alberta Darling, who wanted to phase it out. “It's just an unfair perk for certain state employees who are on the Capitol Square,” said Darling. Democrat Representative Pedro Colon, said phasing out the subsidy to Creative Learning Child Care would undermine families, and he called the motion from Representative Jeff Stone “petty.” Representative Scott Suder noted that just over 100 state workers are enjoying a special benefit. “I don't think this motion is petty at all,” said Suder, arguing that the subsidy was unfair to other state employees. The motion failed, on an 8-to-8 party line vote, meaning that for now, subsidized child care will remain for state employees in downtown Madison, at a cost of $268-thousand over two years.