You are here: Home / Archives for Politics / Govt 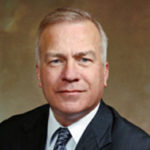 Wisconsin families should be seeing an average income tax cut of 800 dollars under a new state budget signed today by Governor Tony Evers.

Evers says he’s used his veto powers to target those tax cuts to families across the state.

“I’m newly providing tax relief to more than 1.6 million Wisconsin taxpayers at a time when our economy and Working Families across our state need it the most.”

Republicans had sent the Governor a budget that was far below the spending he requested in February, but Evers says there’s still room for tax cuts for Wisconsin families, along with increases in spending.

“When combined with prior reductions 2.4 million filers will be receiving tax relief in Wisconsin.”

The Governor also cut a number of policy decisions the GOP added to the budget, including a cut in spending for the lieutenant Governor’s security detail, as well as a proposed drug testing requirement to get unemployment insurance.

Legislative Republicans say they should be getting credit for the tax cuts.

“He vetoes the updates to the tax withholding tables that takes money out of people’s paychecks and keeps it instead with the government.”

Evers also shot down a removal of the personal property tax, and Born says they’ll work to get that passed through other means in the future.

Republican legislative leaders are urging the governor to sign the state budget bill passed this week. For the first time in 14 years, the two-year spending plan got bipartisan support.

Seven Democrats in the state Senate and Assembly joined Republicans in voting for it this week.

Governor Tony Evers said in Green Bay Thursday that he is “looking forward” to spending time going through it. When he officially gets the budget he will have six days to sign it, make changes, or veto it.

Assembly Speaker Robin Vos says members of the Joint Finance Committee worked hard to minimize opportunities for Evers to make changes. The budget spends $87.5 billion, which is far less than what Evers proposed in his original document.

“His budget had dramatic tax increases, it had massive increases in spending, expansions of welfare, legalizing marijuana, all kids of social policy issues that the Joint Finance Committee took out of the budget and reconfigured, to make sure that this reflects the priorities of all of Wisconsin, not just liberal Democrats in certain parts of the state,” Vos said.

“Budgets are about priorities, and the Republicans’ biggest priority has been doing everything possible to undermine this governor, to obstruct oppose and minimize the success of Governor Evers,” said Assembly Minority Leader Gordon Hintz (D-Oshkosh).

Four Assembly Democrats joined all Republicans in voting for the budget. Once the Senate passes it, Evers can veto portions, or all of it.

The Republican budget plan increases state spending by 5.4 percent over current levels. Democratic Governor Tony Evers wanted to spend some $91 billion over two years. Once the Senate passes it, Evers can veto portions, or all of it.

Representative Mark Spreitzer (D-Beloit) is Minority Caucus Chair. “These bills are designed to add more hurdles for voters to get over, and more pitfalls that voters need to avoid,” Spreitzer said. “They are actively hostile to voting, to voters and to the right to vote itself.”

Speaker Robin Vos said the bills are needed. “The goal is to make sure . . that every single person has the chance to vote, but that we guarantee that the confidence in the election, which has been severely undermined by the actions of a few over the last election cycle, hopefully are a thing of the past,” Vos said.

The bills include SB 204, which would require indefinitely confined voters to apply for absentee ballots annually and end an exemption for providing proof of ID. It would also require all absentee voters to include their ID each time they apply for a ballot. Currently, voters are only required to provide ID verification the first time they vote absentee.

Governor Tony Evers says he’s pleased with the Supreme Court’s decision not to hear a challenge to the Affordable Care Act.

In a 7 to 2 decision released on Thursday, the Supreme Court said that a group of Republican states couldn’t show that the Affordable Care Act was harming them, because the mandate to have insurance doesn’t carry a penalty.

Evers said that healthcare isn’t just for the wealthy, quote “Today’s decision is a critically important victory for our work to make sure everyone has access to quality, affordable healthcare coverage.” Governor Evers and Attorney General Josh Kaul withdrew from the lawsuit in 2019 .