You are here: Home / News / Hollywood comes to Wisconsin 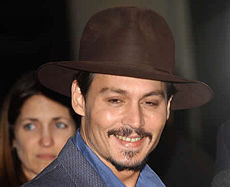 You've heard the rumors, now it's official. Public Enemies will be filmed, at least in part, right here in Wisconsin.

"It will mean millions of dollars for the state."

More like $20-million. Governor Jim Doyle says it's a done deal; Universal Pictures has an agreement with the Wisconsin Department of Commerce to shoot the John Dillinger flick in the Badger State. The film, starring big-time Hollywood actors Johnny Depp and Christian Bale , will be the first major production to come to Wisconsin after new tax incentives for the film industry took effect on the first of the year.

"We're just very pleased that they've made this decision and we hope that by getting off to such a good strong start that maybe this will provide the incentive for other movies to be made here, as well."

In addition to helping out the state economy, the production company will hire locals.

"People are gonna get hired. They're gonna use the Wisconsin companies, Wisconsin venders."

The film will be directed and produced by UW alumnus Michael Mann. Doyle is not ready to say where or when they'll be filming. Doyle says releasing that information is up to the film company. Meanwhile, he says other movie-making companies are already inquiring about filming here.