You are here: Home / News / Starting today, "Click it or Ticket" 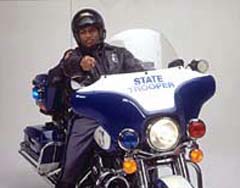 Seat belt usage in Wisconsin is at its highest level ever, but still trails the national average. The Wisconsin State Patrol says 75% of Badger State drivers are putting on their safety belts, compared to 82% nationally. The DOT's Don Hagen says some age groups and vehicle types are holding us back. “The 16 to 25 year-old age group is only at 59%,” says Hagen, who adds that pickup truck drivers also bucle up at lower rates. Hagen says non-highway drivers are among some of the worst offenders, which could be based on the misconception that you don't need a seat belt if you're not driving fast. The report comes as 300 law enforcement agencies launch the annual “Click it or Ticket” campaign this week. Drivers caught not wearing a safety belt face a $10 fine.