You are here: Home / Business / Cities could feel crunch 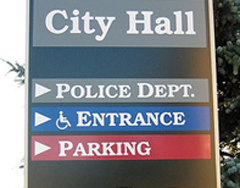 What impact will the credit crunch have, on local governments? Dan Thompson, Executive Director with the League of Municipalities says, unlike the private sector, villages, towns and cities don't need to borrow for operating expenses. But that doesn't mean they won't feel the pinch. “Any slowdown in the economy will absolutely effect municipalities, eventually,” says Thompson. “Whenever people have difficulty paying their taxes, or paying fees to support municipal services, that will have an impact on municipal budgets.”

That may not result in cuts to essential services like police and fire, but Rich Eggleston with the Alliance of Cities says other areas could be impacted. “Temporarily, there will be fewer projects undertaken,” says Eggleston. “There will be less capital available for things like fixing streets and building roads.” Eggleston notes that local governments are also constrained by the state's finances. “The state is facing a huge structural deficit, and communities in Wisconsin are facing limits on how much they can raise in the tax levy,” he says, even if residents support projects which need to be financed. Eggleston says, with the economy slowing down, people are scaling back on the kinds of purchases that provide local sales tax revenues, while layoffs mean less income tax for state government.

Still, municipalities may be able to avoid the types of problems facing the private sector. “Municipalities in Wisconsin generally don't need to borrow for operating purposes, the same way a business will,” says Thompson. “So, yes, the credit crunch will have some negative effects on municipalities, but probable not as dramatically as on private sector businesses.”