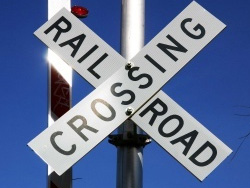 The state’s railroad commissioner backs off on remarks he made, about potential budget cuts. Commissioner Roger Breske said his agency would be reduced to a “dog and pony show,” if required to make a ten percent cut as called for by the Doyle administration. “The dog and pony show stuff . . . really, truthfully, I really don’t mean that,” said Breske.

Breske, who was appointed by the governor earlier this year, now says his agency will do their best. ” OCR is a very small office, we only have five full time staff,” said Breske. “However, we will do whatever we can to come up with a solution . . . and I look forward to working with DOA (Department of Administration) budget staff to identify as many efficiencies as possible.”

The former state Senator also says the state railroads — and not taxpayer generated revenues — are footing the bill for the office. “OCR is program revenue, it’s not funded by general purpose revenue,” Breske said. “The railroads completely support what I and my staff do. We do a lot of work, everything is for public safety. It would put people at a lot of risk if (OCR) people weren’t out there inspecting crossings.”