You are here: Home / Taxes / State gears up for tax time 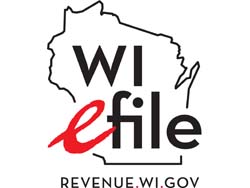 As tax season gets underway, state officials are urging people to file online this year.

Nearly 69-percent of state tax returns were filed electronically in 2008. Department of Revenue Secretary Roger Ervin says they want to see that number increase to at least 75-percent this year, with a goal of hitting 85-percent by 2011.

Ervin says changes to the DOR site are making it even easier to e-file than before, such as new online forms that help taxpayers automatically calculate their taxes while it's being filled out. New help features have also been added to help users get answers to their questions while preparing their taxes.

Aside from being easier to use, Ervin says taxpayers should be able to get a refund in an average of 3-5 days if they e-file. That's compared to an 8-12 week average for paper returns.

With an expanded focus on e-file options, the state is cutting down the amount of tax-related information it sends out for paper returns. Ervin says they've cut printings this year by 40-percent, meaning it could be harder to find tax forms at your local library. However, Ervin says those locations will now have more help available to help introduce people to the e-file option.

The state is also discontinuing its telephone filing system for tax returns this year, citing a declining use of the system.

The e-filing period officially begins on Monday, January 19th. However, Ervin says the site is currently up and running and has already processed over 100 returns.