You are here: Home / Politics / Govt / Stimulus uncertain, but Governor is ready 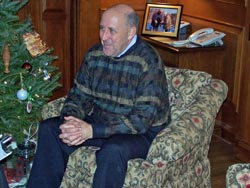 While he doesn't yet know exactly what will be in an economic stimulus package from the federal government, Governor Jim Doyle says he has a "pretty good idea."

Governor Doyle expects the plan to be primarily aimed at getting people back to work as quickly as possible through infrastructure projects. As a result, he says the state is working to develop projects that can start shortly after a package is approved.

The Governor believes the final plan will offer a major boost for the state, in the form of major infrastructure opportunities the state has not seen in years.

Doyle says it's an opportunity the state can't afford to waste. He says people shouldn't be left to question what the state did with the money to help improve the economy.

Congress is expected to introduce a plan later this month.