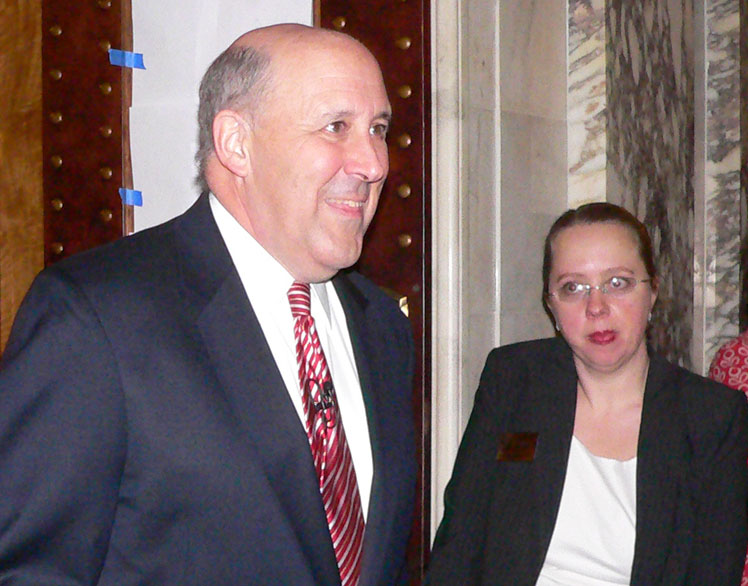 During his last State of the State address, Governor Jim Doyle says his top priority for the rest of his term will be to create jobs, but he also made an impassioned plea for reform of Wisconsin’s largest school district.

Doyle pushed for his green jobs agenda Tuesday night, which he said could fuel creation of thousands of new jobs. “This is not some pie in the sky,” the Democratic governor said of his Clean Energy Jobs Act. “Anyone who says they’re aren’t jobs in the green economy had better open their eyes,” he said, urging quick passage of the package. Doyle also announced creation of a $100 million “Wisconsin Green to Gold Fund,” a revolving loan fund which he said will allow manufacturers to reduce their energy costs, something he says many firms in the state are already doing.

Doyle also urged creation of a Regional Transit authority for southeastern Wisconsin. “Make no mistake about it, this is a jobs bill,” he said, noting that business leaders in southeastern Wisconsin are urging the creation of the RTA. Doyle also wants tax credits for dairy, and for the food processing industry to invest in their operations. Republican lawmakers were highly critical of the speech, Doyle’s last State of the State as governor, pointing out that the state has lost thousand of jobs under his watch.

“Let me say a word about the Milwaukee Public Schools. We had better face the cold, hard reality about MPS. We simply cannot continue to allow one group of our kids to be held back,” said Doyle. “We need a superintendent appointed the mayor, who will have a clear mission of reform, and the ability to drive real change, day after day, month after month and year after year. Doyle could face a tough challenge in the legislature, where there’s a lack of unanimity among the Milwaukee delegation, and an unwillingness by Democratic leaders in the Senate and Assembly to push a bill through without a higher level of support from the city’s lawmakers, all of whom are Democrats.