You are here: Home / Badgers / Badgers get tackle help in latest recruiting class 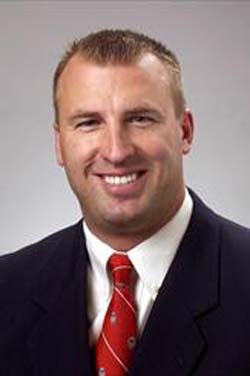 With the University of Wisconsin looking to replace four of its top five defensive tackles from last season, the Badgers went heavy on tackles in their 2010 recruiting class, which was unveiled yesterday.

The Badgers feel Allen could be the one player in the tackle group that could contribute right away as a freshman.  His family has ties to the UW.  Allen’s uncle was a football letter winner in 1980 and ’81 at Wisconsin.  His grandfather was a six-time All-American swimmer at UW from 1956 to 1959.