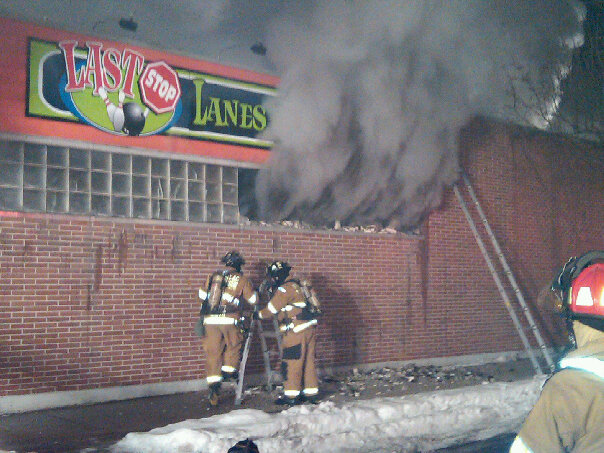 Power lines in the area had turned off in order to use several ladder trucks. O’Leary says residents in the mostly residential neighborhood have been very cooperative. He also applauds efforts by police and public works employees for barricading the area.

O’Leary says the owners of the Fond du Lac bowling alley are on the scene. They told authorities that no one was in the building, which was closed when the fire started.