You are here: Home / Politics / Govt / High speed rail? Not so fast. 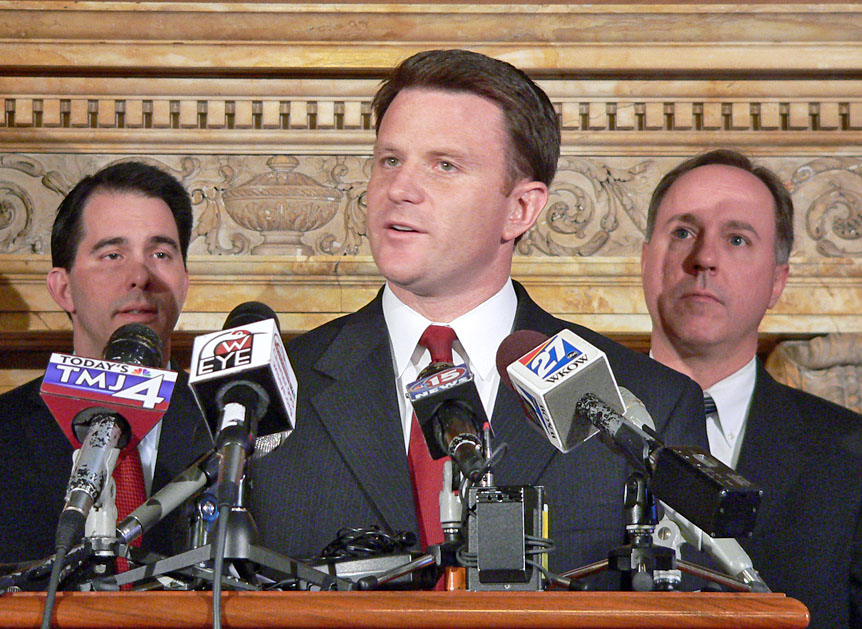 New legislation would put the brakes on the proposed Madison to Milwaukee line. High speed passenger rail would cost too much money and put too much of a strain on the state’s transportation fund, according to State Representative Brett Davis (R-Oregon).

Davis, candidate for lieutenant governor, says the $810 million from the federal government comes with a price. “The nonpartisan Fiscal Bureau has reported it was going to take at least an annual subsidy of $7.5 million from state taxpayers to operate this train.” And, Davis says, at 60 bucks a round trip, hardly anyone will ride the train.

Republican gubernatorial candidate, current Milwaukee County Executive, Scott Walker says the money could be better spent elsewhere, including on highways throughout the state, especially the crumbling Zoo Interchange in Milwaukee.

“There are going to be more people going through the Zoo Interchange once it’s up and going again on a daily basis than are projected to go on this train on an annual basis.”

Davis’ legislation would prohibit any further expenditure of tax dollars for the high speed rail project, without first getting approval from the full Legislature and Wisconsin’s governor, not just the few members of the Joint Finance Committee.

Governor Jim Doyle calls the bill a “blatant, partisan, political game,” saying Davis can grandstand as much as he wants, it’s a done deal. “It’s ridiculous and it’s not going anywhere … You know, we’re in a political season. This is already done.”

U.S. Senator Herb Kohl, who is from Milwaukee, says the high speed train project is a good thing. “And I think the years ahead will demonstrate and prove that. So I hope regardless of who gets elected in November the program will go forward.”

As it stands now, the project is expected to be completed in 2013.