You are here: Home / Education / Positive spin to Holocaust denials 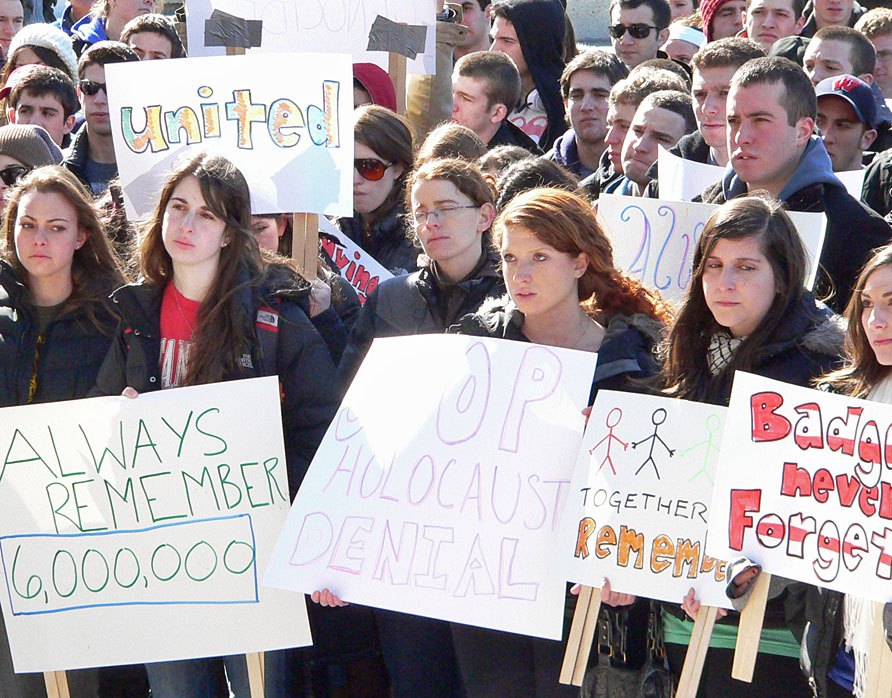 The most recent issue of Holocaust awareness stems from anti-Semitic reader comments posted on the UW Badger Herald’s website, followed by the newspaper’s acceptance of an advertisement from a Holocaust denier.

“This has been a really painful two weeks … but we thought is was a good opportunity to really come together and channel that into a constructive moment.”

Abram Shanedling is a research assistant in the political science department at the university. Shanedling says the ad should be taken down, and should never have been accepted in the first place.

UW-Madison Chancellor Biddy Martin is impressed with the students for turning it into an educational opportunity.

“I wish that the paper had not accepted the ad in the first place. Having accepted it, the question of what’s then the appropriate route to take under pressure is something I think needs more debate.”

That debate involves finding the balance between the freedom of speech and the potential for irresponsible messages.

Martin says the denial of reality is a form of insanity. She wrote a guest column in the Badger Herald on Tuesday, in which she writes, “We are an academic community dedicated to “sifting and winnowing” in the pursuit of truth.”

Martin spoke to the crowd assembled on the Madison campus Wednesday about the importance of remembering the Holocaust.

“What it has done is provoke, I hope, more education and awareness on the part of people who are young enough not really to know that much about the Holocaust or the second World War and that’s a positive outcome.”

Martin says she’s impressed that UW students came out to show support for the Jewish community.