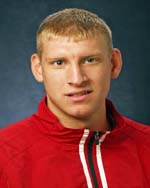 The Denver Nuggets are looking for depth and are reportedly dipping into the D-League for some front court depth.

According to ESPN.com, the Nuggets have reached an agreement to sign former Wisconsin Badger Brian Butch of the Bakersfield Jam to a contract for the remainder of the season.

The Nuggets lost Chris Anderson to an ankle sprain and are without big man Kenyon Martin, who is sidelined with a potential season ending knee injury.  Martin is still hoping to make it back for the playoffs.

The 6’11 Butch is averaging nearly 19 points and 12 rebounds a game for Bakersfield.