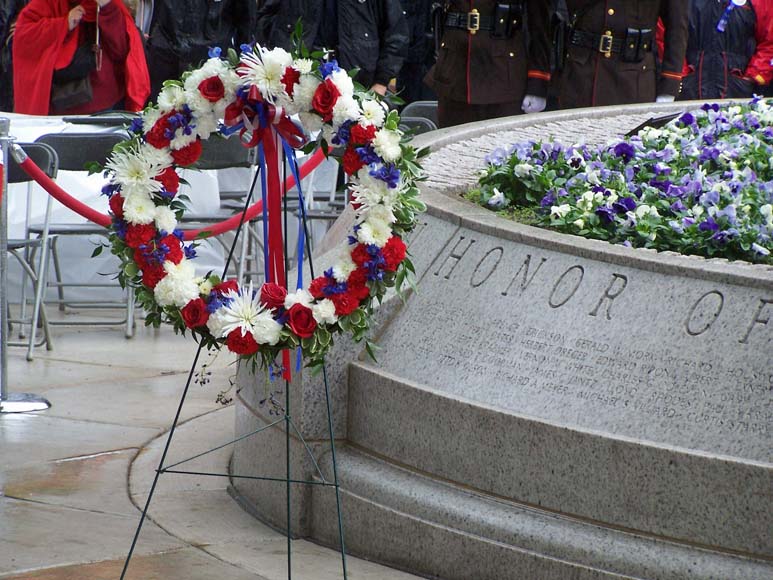 Despite a steady downpour, four names were added Friday to the Wisconsin Law Enforcement Memorial on the Capitol grounds.

Attorney General J.B. Van Hollen says the several hundred people in attendance for the rain-soaked ceremony reflects a strong commitment to those who have fallen in the line of duty. He said those who came out to honor those who gave up their lives speaks volumes about the importance of the occasion.

Officer John Gatenbein of the Alma Police Department was shot and killed during a dispute at a bar in November of 1922.

Baraboo Police Department Officer Jeremia Buckley died in January of 1931 from injuries he sustained in a fall.

State Department of Revenue Agent Arthur Fadness suffered a fatal heart attack during a raid on an illegal gambling operation in August of 1958.

The most recent death was that of State Trooper Jorge Dimas of Amery, who was killed last June in an on-duty traffic accident. State Patrol Superintendent David Collins spoke during the memorial about the commitment of the 23-year-old had to the job, and how a promising career was cut short by Dimas’ death.

This is the 20th year names have been added to the memorial, which honors over 250 fallen law enforcement officers.