You are here: Home / Crime / Courts / Suspect at large in Green Bay murder 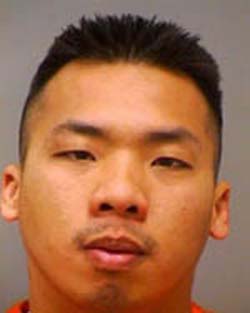 Police in Green Bay are searching for a suspect in connection with a fatal stabbing in the city.

Police arrested 23-year-old Aaron Lalbachen shortly after the fight, but 26-year-old Mao Xiong remains at large. Urban says Xiong is five-foot-six and 150 pounds with brown eyes and short dark hair. He says Xiong may be driving a black Acura with the license plat 404 PET, or a gray Lexus SUV.  He says Xiong is a registered sex offender because of a conviction for sexually assaulting a child.