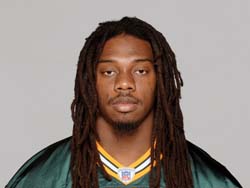 program, but he’ll report to training camp on time.  Bigby signed his restricted free agent tender of $1.759-million on Tuesday.

Bigby had been holding out for a long-term contract, but his bargaining power diminished when 3rd round draft pick Morgan Burnett showed promise while working as the teams top safety during OTA’s and mini-camp.

Bigby has been the team’s starter at safety the last three years.

The lone player without a contract at the moment is rookie, first round draft pick Brian Bulaga.  Training camp workouts start this Saturday afternoon at 2pm.