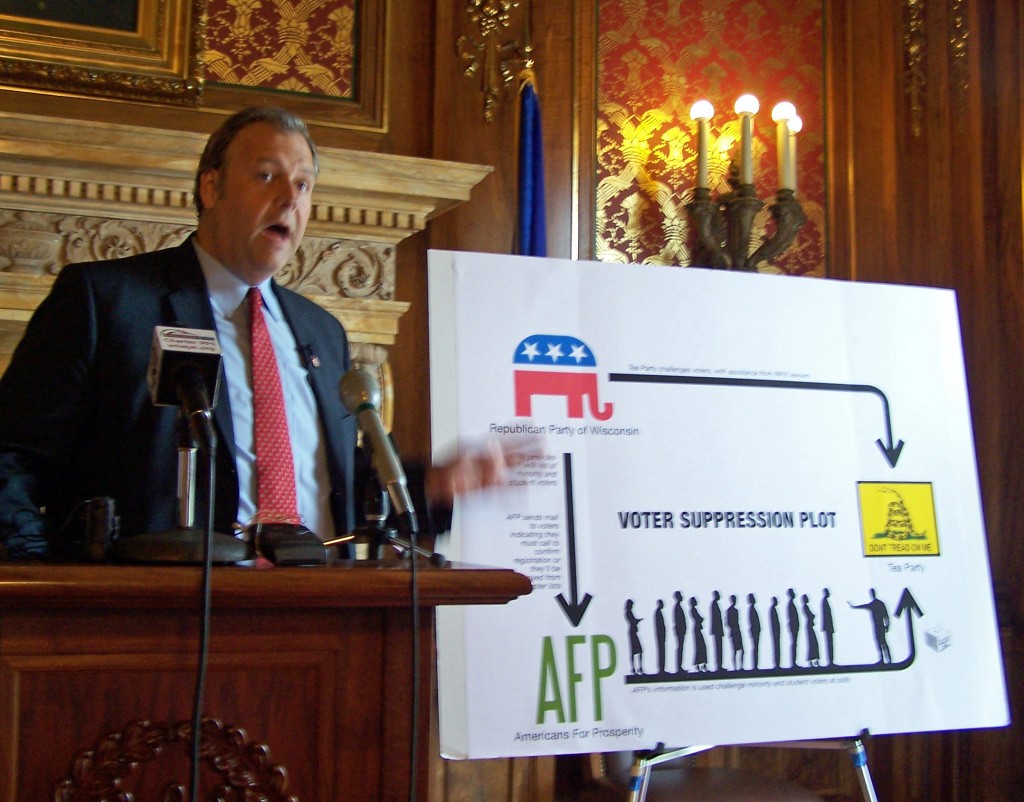 A group which typically supports Democrats alleges a plot to suppress the vote in November, allegations being denied by the state Republican party and other groups. Scot Ross with One Wisconsin Now says Tea Partiers, the group Americans for Prosperity, and the Republican Party of Wisconsin will claim they’re trying to prevent voter fraud, but they’re attempting to suppress voting through what’s called voter caging. “They are in cahoots together, they are working together, and any veneer of independence has once and for all been dropped,” Ross said during a state Capitol press conference on Monday.

Ross played audio he said was obtained at a Tea Party meeting in June, during which the plan was laid out. Ross said the state Republican Party would use a statewide file to compile a list of minority and student voters, which would then be used by by AFP and Tea Party groups to suppress the vote. But Tim Dake with Grandsons of Liberty, a Tea Party group, says the cooperative effort discussed at that meeting, held in Marshfield, never got off the ground, and he’s never seen the list mentioned by One Wisconsin Now.

Mark Jefferson with the Republican Party of Wisconsin likewise said there’s nothing to the allegations, although RPW is willing to work with any group to prevent voter fraud. “That includes groups like Scotty Ross’ One Wisconsin Now,” said Jefferson. “There have never been any discussions on any type of coordination,” said Mark Block with Americans for Prosperity, adding that OWN’s allegations are based on “non-factual information.”