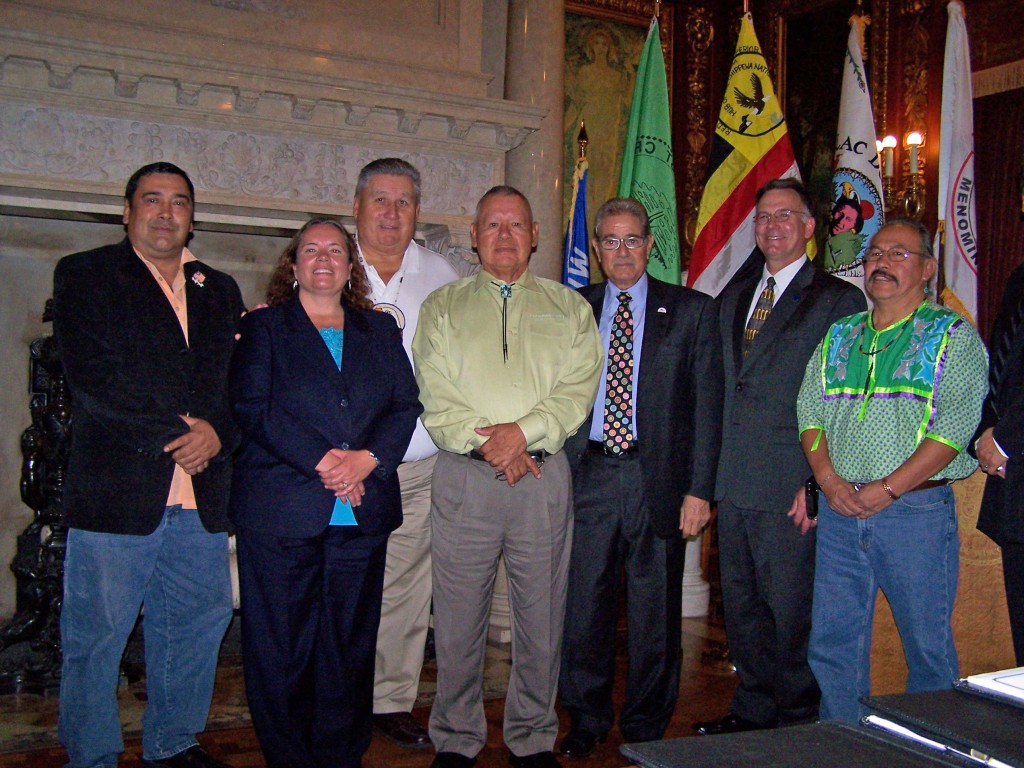 The state and tribal governments pledge to continue cooperation on transportation. Representatives from the state’s eleven federally recognized Tribes, the Federal Highway Administration and Wisconsin Department of Transportation Secretary Frank Busalacchi signed a new DOT Tribal Partnership Agreement at the State Capitol. Busalacchi says such cooperation is vital. “We need to work closely together, because we have so much in common,” said Busalacchi. Tribal officials told Busalacchi that they appreciate the state’s efforts and hope the new agreement will help to provide improved roads and more jobs for tribal members. “You just don’t build a road in a community and not have the people in that community, part of it. These roads go through these communities, they should participate in building them.”

Kelly Jackson, a Lac du Flambeau tribal member who serves as statewide tribal liaison for the DOT, says the partnership has already been beneficial to the tribes in term of road improvements and educational programs. The original agreement between DOT and the Tribes was signed in 2005, the result of an Executive Order from Governor Jim Doyle, which affirmed the government-to-government relationship between the state and tribal governments.