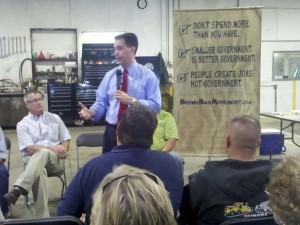 The Republican candidate for governor is avoiding questions on whether he’d pursue a ban on embryonic stem cell research.

However, when pressed by reporters in Madison Tuesday, Walker steered the conversation away from questions on how he would handle ongoing research in the state that uses embryonic stem cells. Walker would only say that the focus and the money behind adult stem cells, not embryonic.

The UW-Madison has invested heavily in conducting research using embryonic stem cells and several private companies focusing on stem cell technologies have moved to Wisconsin because of support from the state.