You are here: Home / Agriculture / Cranberries are good business for Wisconsin 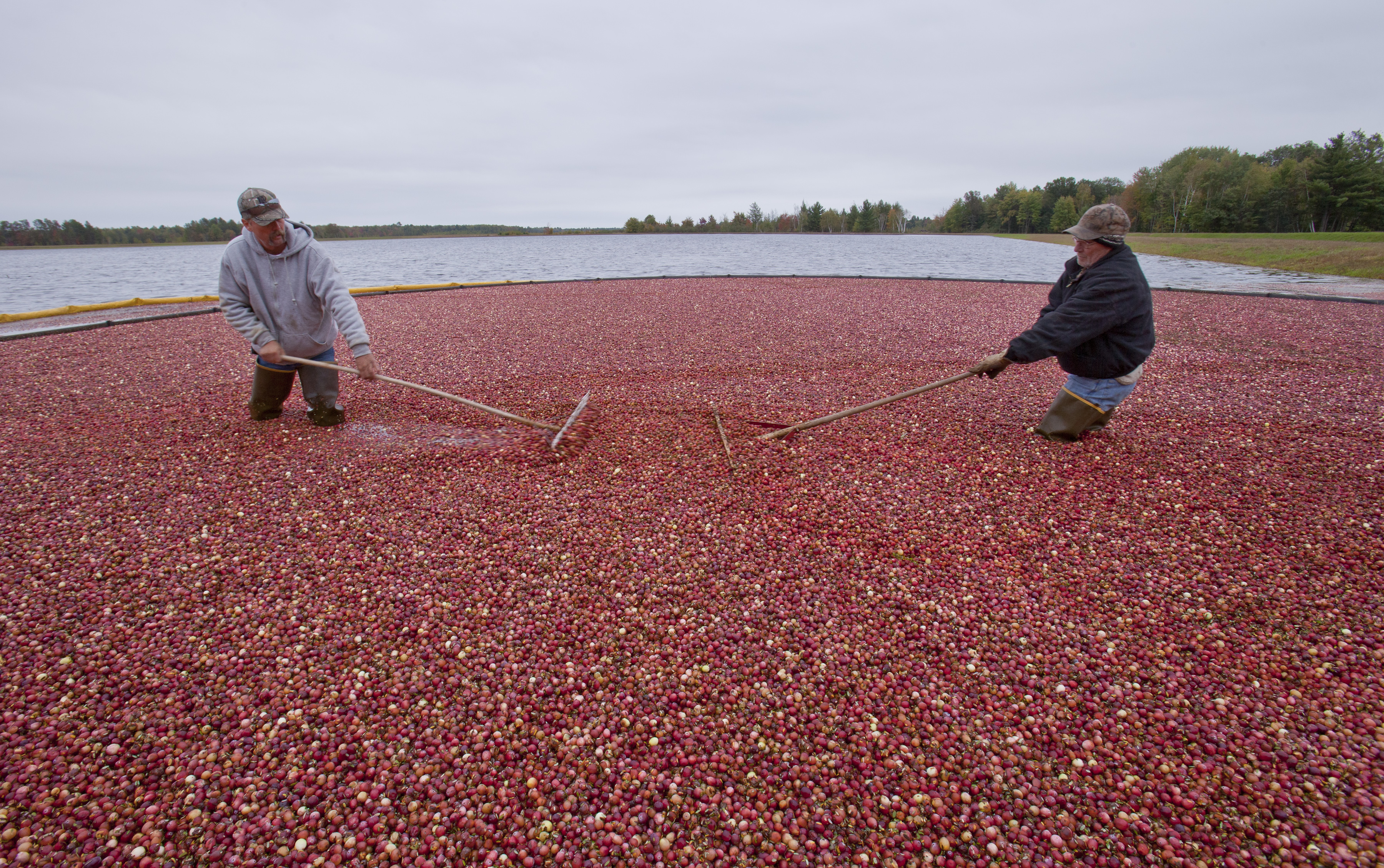 If you were fortunate enough to enjoy a Thanksgiving feast, you probably consumed a lot of cranberries.

Tom Lochner, Executive Director of the Wisconsin State Cranberry Growers Association, says even though you’ll likely see a lot more of the state’s official fruit throughout the holiday season, that’s just a small fraction of the overall market.

He says most of the tangy delight is marketed in products other than fresh fruit. “Maybe 3- to 5-percent of the crop is sold as fresh fruit in the bags that people see in the stores. The rest is in a processed product such as sweetened dried berries or the sauses or the cranberry juice drinks.”

Wisconsin produces more cranberries than any other state in the nation and produces more than half of the entire world’s supply. Lochner says the tart tangy fruit is a very versatile product. The sweetened, dried version tastes good as a snack, in cereals, granola bars, trail mix, baking, and in salads. And, he says, they’ve been marketing the product overseas. “Ten or 15 years ago we were selling about 5 percent of the crop overseas; today we’re selling between 25 and 30 percent overseas.” United Kingdom is the largest export market, followed by Germany, Mexico and Western Europe.

Wisconsin’s cranberry industry currently provides nearly 350 million dollars annually to the state’s economy and supports over 7-thousand jobs across the state. Between 250,000 to 300,000 barrels of the fresh fruit are sold just during the holidays. If you like to enjoy fresh cranberries all year around, Lochner suggests you buy the bags and toss ’em in the freezer for up to a year.