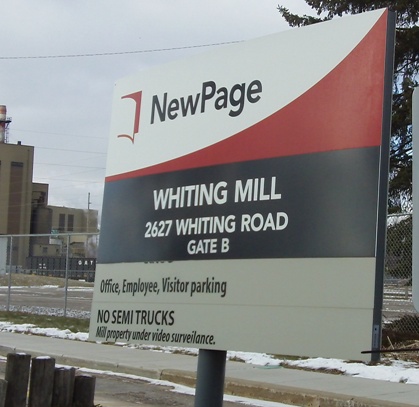 An Ohio paper maker will close a mill in a Stevens Point suburb early next year. NewPage Corporation said it will permanently shut down its plant in the Village of Whiting at the end of February. “Our current demand for our core products from our customers is less than we had hoped for,” said senior vice president for operations Mark Lukacs. He said the Whiting mill is the most expensive to run and that the company can do the work cheaper elsewhere. “We can make similar products at several of our other mills, at a lower cost.”

Lukacs said the 360 employees who will be affected will either be placed at other mills or connected with job training and relocation programs. NewPage also operates mills in Biron, Stevens Point and Wisconsin Rapids. NewPage reached the decision to close the plant last week. It notified employees Wednesday morning.

The Whiting mill currently operates two paper machines, which produce approximately 250,000 tons annually of coated paper used by the publishing and printing industry, with a primary focus on mail-order catalog, magazine and retailer end uses, according to the press release announcing the closure.