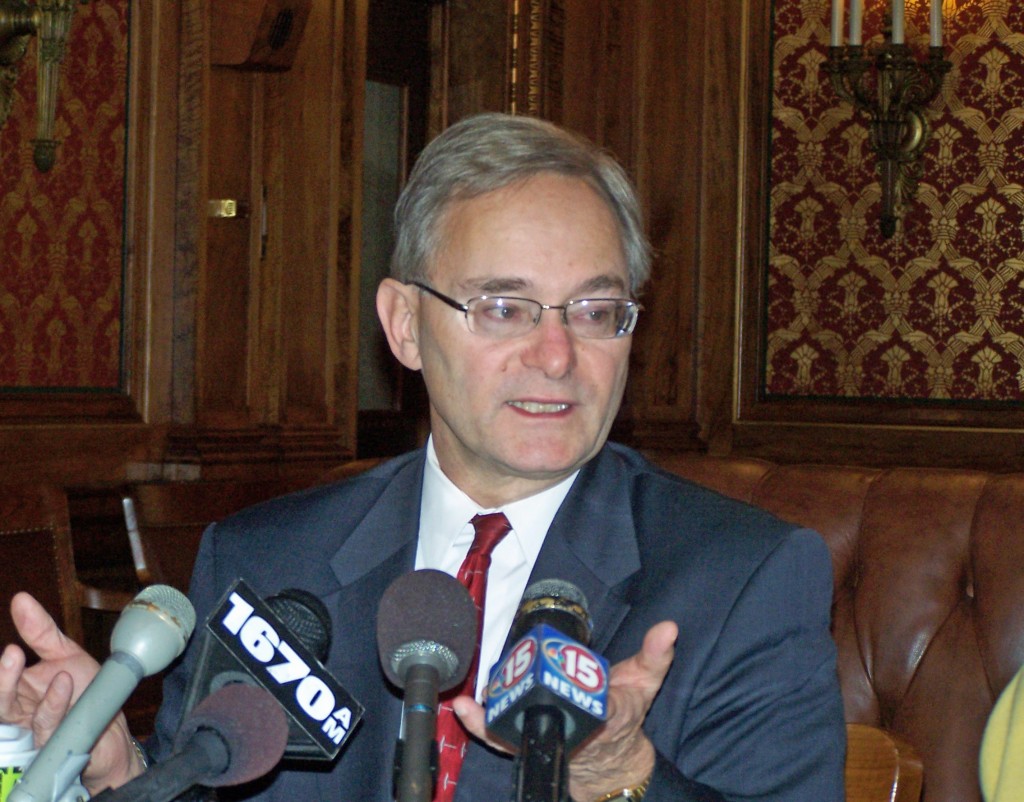 Legislative Democrats charge taxpayer money is being wasted on redistricting. Majority Republicans have hired the firm of Michael Best & Friedrich to advise them on redistricting. A waste of money, said Milwaukee Democrat, Representative Fred Kessler. “The law in redistricting is very clear,” Kessler said during a press conference at the Capitol on Wednesday. “This is not something that’s complicated that needs to be spending millions of dollars.”

The GOP also barred Democrats from hiring their own law firm for the process. Minority Leader Peter Barca and Kessler were asked if this will make an often contentious process worse. “We have no idea what’s coming next in terms of what type of process they’re going to use, in terms of having public hearings, what type of input they’re going to take into consideration,” said Barca. “I have to say it’s going to be worse,” said Kessler. “This is the first time we are going to see it being done in the partisan fashion where all the power is concentrated in one hand.”

In the Senate, where the GOP took similar action, Majority Leader Scott Fitzgerald said the new map will go through the legislative process like any other bill, the same way 32 other states do redistricting, and Democrats have the technology and legislative tools to participate. Democrats, who had already hired a law firm in the Senate and who had done similar hires in the past, will be able to draw on the expertise of the Legislative Council. “States are increasingly going to more nonpartisan efforts to do this,” said Barca. “We feel it’s a new day . . . there shouldn’t be private firms hired any more.”