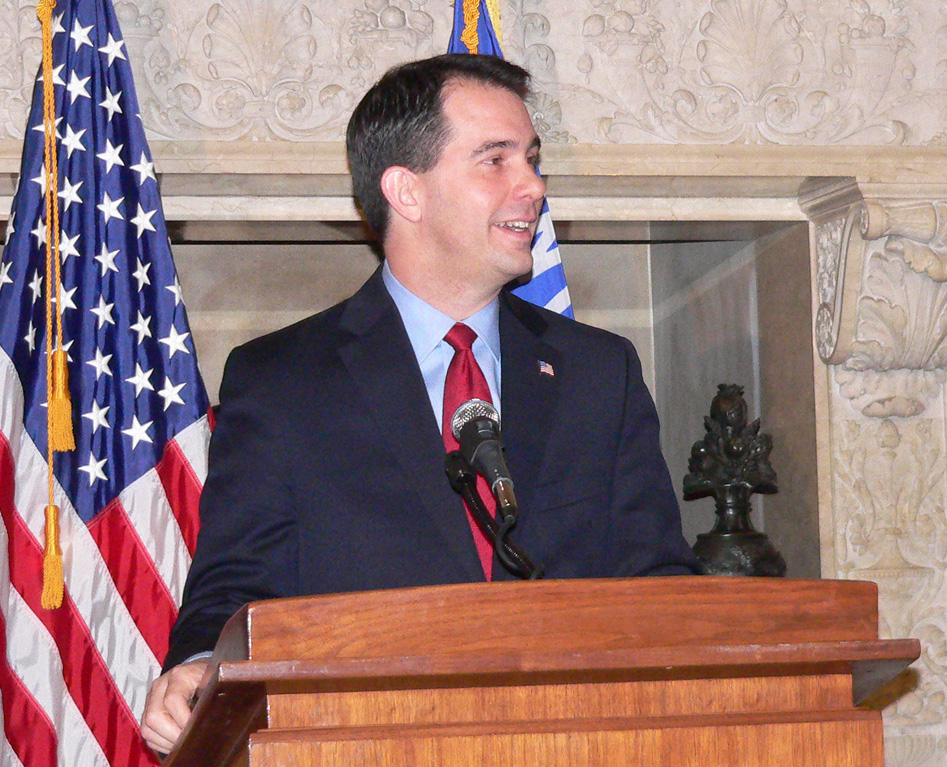 Wisconsin’s governor is rolling out the red carpet to businesses in Illinois.

Walker says a 46 percent corporate income tax increase is a job killer for Illinois, but an incentive for businesses to relocate here. “While Springfield is looking to balance their budget by excessive increases in taxes on both employers and individuals, we’re sending a message early in the days in office that we are looking to cut taxes and reduce the overall tax burden on individuals and employers long term as part of our budget and subsequent actions.”

Walker says “Wisconsin is Open for Business,” and to contrast our neighbor to the south he says, the Badger State is lowering taxes, and reforming the regulatory and litigation climate, while “Illinois is heading in the opposite direction.”

However, even with the spikes, Illinois’ flat rate — up from 3 percent to 5 percent — is still lower than Wisconsin, whose top rate is 7.75 percent. Walker defends his position, saying it’s important for businesses to assess the current situation and the future trend. “The Illinois politicians have made a clear indication that they’re looking to not solve their budget crisis by getting spending under control but by taxing.” He adds, “Without making tough decisions, in a year or two they’re gonna have to come back and raise taxes again.”

Walker also has promised to give businesses new to the state a two-year reprieve from corporate income taxes if they stay here at least ten years. The governor says a handful businesses from Illinois have already been in contact with his office and the commerce department.

As for the cost of marketing the benefit of moving to Wisconsin and pro-actively seeking business owners, Walker says “there’s no cost to hammering down the difference between Wisconsin and Illinois.”