You are here: Home / Legislature / All night in the Assembly 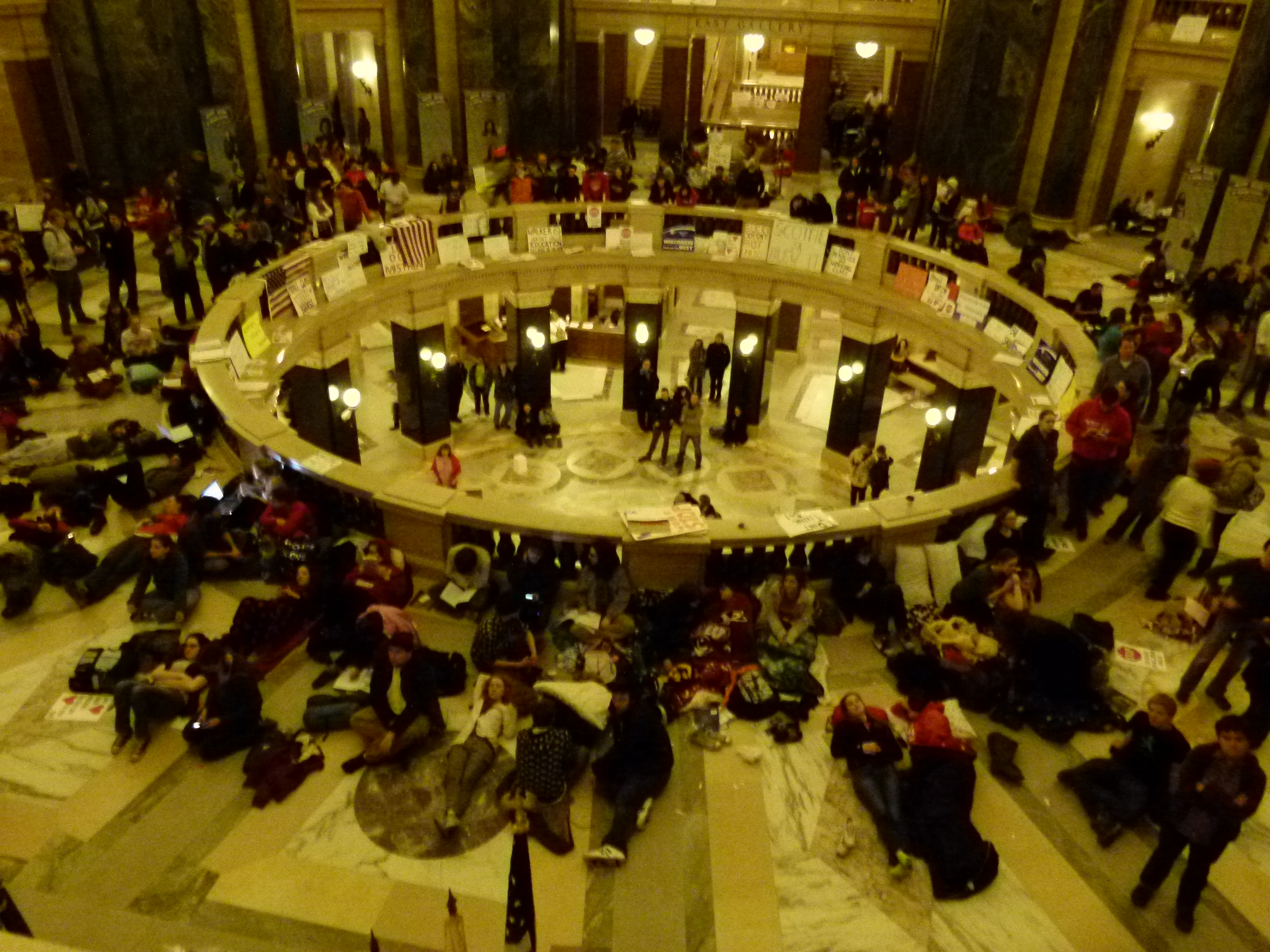 As protesters settled in for another night sleeping in the Capitol rotunda, members of the Assembly continued work into the early morning hours. The Assembly started its floor session to debate the Governor’s budget repair bill just before noon on Tuesday. For the most part, members remained on the floor through the night as Democrats attacked the measure on several fronts.

Democrats had dozens of amendments to the bill waiting for action, with hundreds more possible before a final vote will take place. As of 6 am Wednesday, only ten had received a vote. All of them had been tabled by Republicans, effectively killing the proposed changes.

Assembly Speaker Jeff Fitzgerald (R-Horicon) stood by Governor Walker though, asserting that the state is broke. He asked Democrats to bring forth an amendment that fixes the budget deficit without raising taxes. The Governor’s bill is designed to close a $137 million shortfall in the current biennial budget, which ends in June.

In addition to a lengthy list of amendments, Democrats made a push to move the bill to the Assembly Labor Committee. Debate on that motion went for over seven hours. It ultimately failed.

Democrats say the effort is needed to fully examine the many provisions included in the budget repair bill and the impact they will have on state workers, Medicaid programs, and other areas of state government.

UPDATE: The Assembly went into recess late this morning after being on the floor for almost 24 hours.