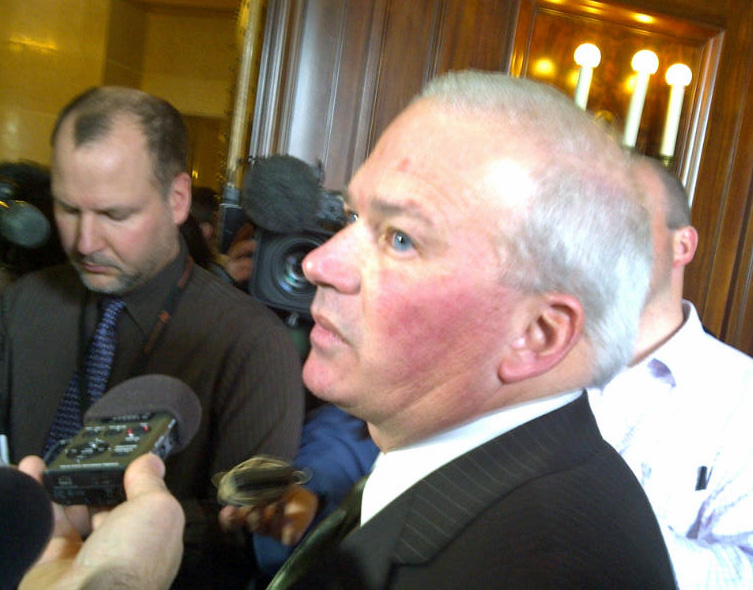 There was another tense meeting of the state Senate’s Organization Committee Tuesday, as 14 Democrats continue their protest of Governor Scott Walker’s budget repair bill. On the phone with Democrat leaders, Senate Majority Leader Scott Fitzgerald chided assistant Minority Leader Dave Hansen. “I’m going to obviously allow you to participate again today, but I must say after Senator Hansen gave kind of his speech yesterday, and his explanation of why you’re not participating in the state Senate right now, if that continues then I am going to not extend that courtesy,” said Fitzgerald.

Fitzgerald reminded committee members of the function of the committee – setting the calendar for the next day’s floor session and outlining the policies and procedures related to the daily session. “It’s not a place for a statement about why you’re out of state, why you’re in Chicago,” said Fitzgerald. “I want to thank you for your courtesy, but the for the record we are not in Chicago,” said Hansen.

Tuesday’s meeting came just after the Senate took votes without the Democrats, including passing a resolution authored by Hansen, commending the Green Bay Packers on their Super Bowl victory. Fitzgerald was a little incredulous when Minority Leader Mark Miller requested that he and Hansen be given at last 30 minutes prior notice of the committee meetings. “I don’t think your going to get 30 minutes notice, I’m just wondering if I’m going to let you participate any more,” said Fitzgerald. “I don’t think that’s going to happen, Senator Miller.”

“I’m hopeful that one of the Democrat Senators decides to come back to work, and that we can continue our business on the budget repair bill,” said Fitzgerald. “We’ll be happy to return to work if the governor can recognize that he has all the elements he needs to satisfy his budget,” said Miller.