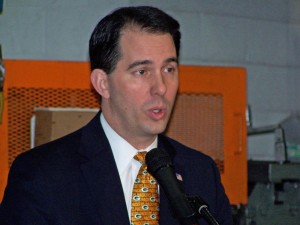 As the Green Bay Packers take the field at the Super Bowl this Sunday, Governor Scott Walker will be cheering them on from the stands. The Governor leaves Saturday morning for Dallas, along with his family and a staff member, to watch the Packers take on the Pittsburgh Steelers in the big game.

Walker says he was offered a seat with the NFL commissioner, but he wanted to sit in the stands with fans instead. His tickets were purchased from the Packers at face value, and the Governor says no taxpayer dollars are being used to pay for the trip.

While he will be there mainly to cheer for the Packers, Governor Walker says it’s also an excellent opportunity to connect with business leaders from across the country. Commerce Secretary Paul Jadin, a former mayor of Green bay, is also attending the game.