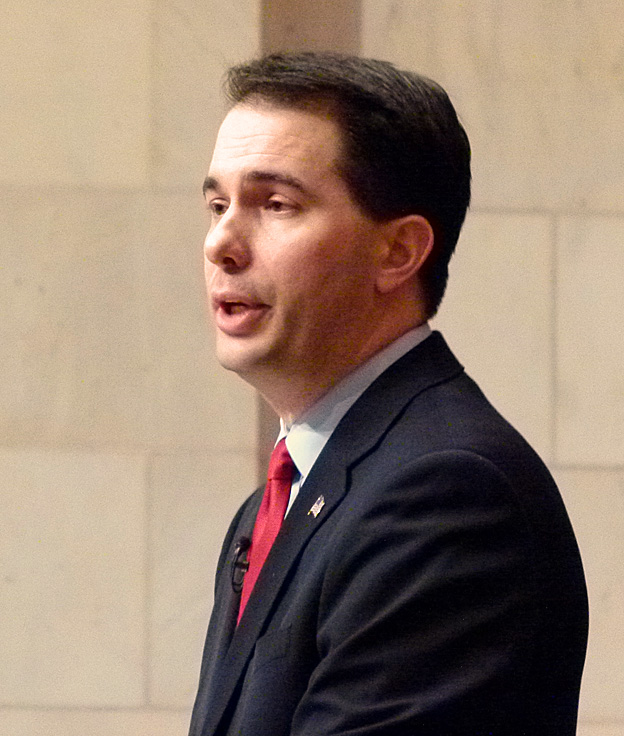 State worker unions in Wisconsin could soon go the way of the dodo.

Governor Scott Walker wants to eliminate nearly all public employee collective bargaining rights to help fix the budget hole, according to an interview with the Associated Press. The proposal will help fix the current $137 million deficit, and the next two-year budget with a projected $3.6 billion shortfall.

Senator Jon Erpenbach (D-Middleton) accuses the governor of pettiness and bullying. “We shouldn’t be bullied from those who occupy the East Wing.” Erpenbach encourages Walker to negotiate with those who disagree with him.

Senator Mark Miller (D-Monona) calls it a “full on assault” of public employees. He says union representatives should be called upon to help fix the budget gap, saying they’d certainly step up to the plate. “They have in the past and they’d do it again … nobody has asked them.” Miller calls the repair bill misguided, disrespectful and radical.

The governor has long said that he wants to see more concessions from state workers in order to save money, including pay cuts and higher pension contributions, and he says nobody should be surprised by the news.

Senator Spencer Coggs (D-Milwaukee) cites Martin Luther King and his fight for such rights. “The ghost of Martin Luther King must be rolling in his grave when he anticipates in the state of Wisconsin we’re going to have what, in effect, will be legalized slavery.”

Walker believes the belt-tightening is necessary to avoid hundreds of state employee layoffs. He briefed Republicans on details in the plan on Thursday. Lawmakers could take up his plan next week. The governor is expected to unveil the next two-year budget on February 22.

Walker has a news conference with media Friday morning to discuss the plan.