You are here: Home / Education / Why do we even need a budget repair bill? 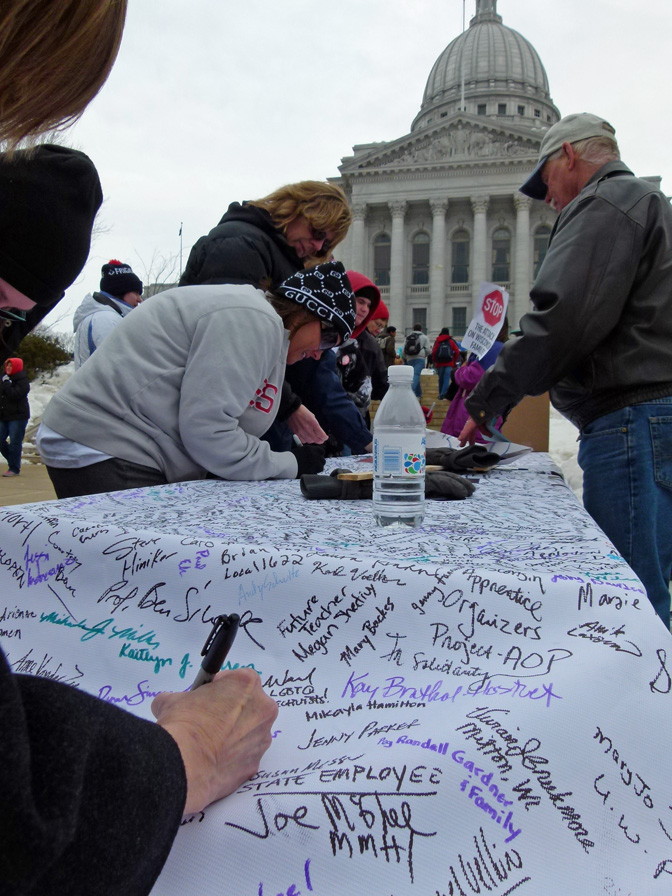 During a meeting of the Joint Finance Committee, panel member Senator Lena Taylor (D-Milwaukee) asks Legislative Fiscal Bureau that very question. “There’s normally a statutory trigger for a budget repair bill. My question to Fiscal Bureau is ‘have we met the statutory trigger that normally causes a budget repair bill?’ I just want to go to the basics first, right, on how we got here.”

Director Bob Lang of the Bureau says technically the trigger hasn’t been met, but he says there’s no prohibition against having a budget adjustment bill.

Department of Administration Secretary Mike Huebsch says, at $137 million in the hole, the current deficit is substantial. Plus, he says, Wisconsin owes Minnesota $58 million for the reciprocity agreement and $200 million was raided from the Patient Compensation Fund, and needs to be repaid.

Huebsch says, “We are facing a deficit that would go well beyond the necessary trigger.  However, we can, because we are the legislature and the administration, we can disregard those bills if we wish. Unfortunately, he says, that’s why we’re in this situation; the previous administration did exactly that. They disregarded both of those bills and left it for us to handle.”

Governor Scott Walker’s plan would eliminate most public employee collective bargaining rights to help fix the gap. In order to save money, there would be more concessions from state workers, including pay cuts and higher pension contributions. Walker believes the belt-tightening is necessary to avoid massive state employee layoffs. The next two-year budget has a projected $3.6 billion shortfall.