You are here: Home / News / Chaos at the capitol as a judge gives his ruling 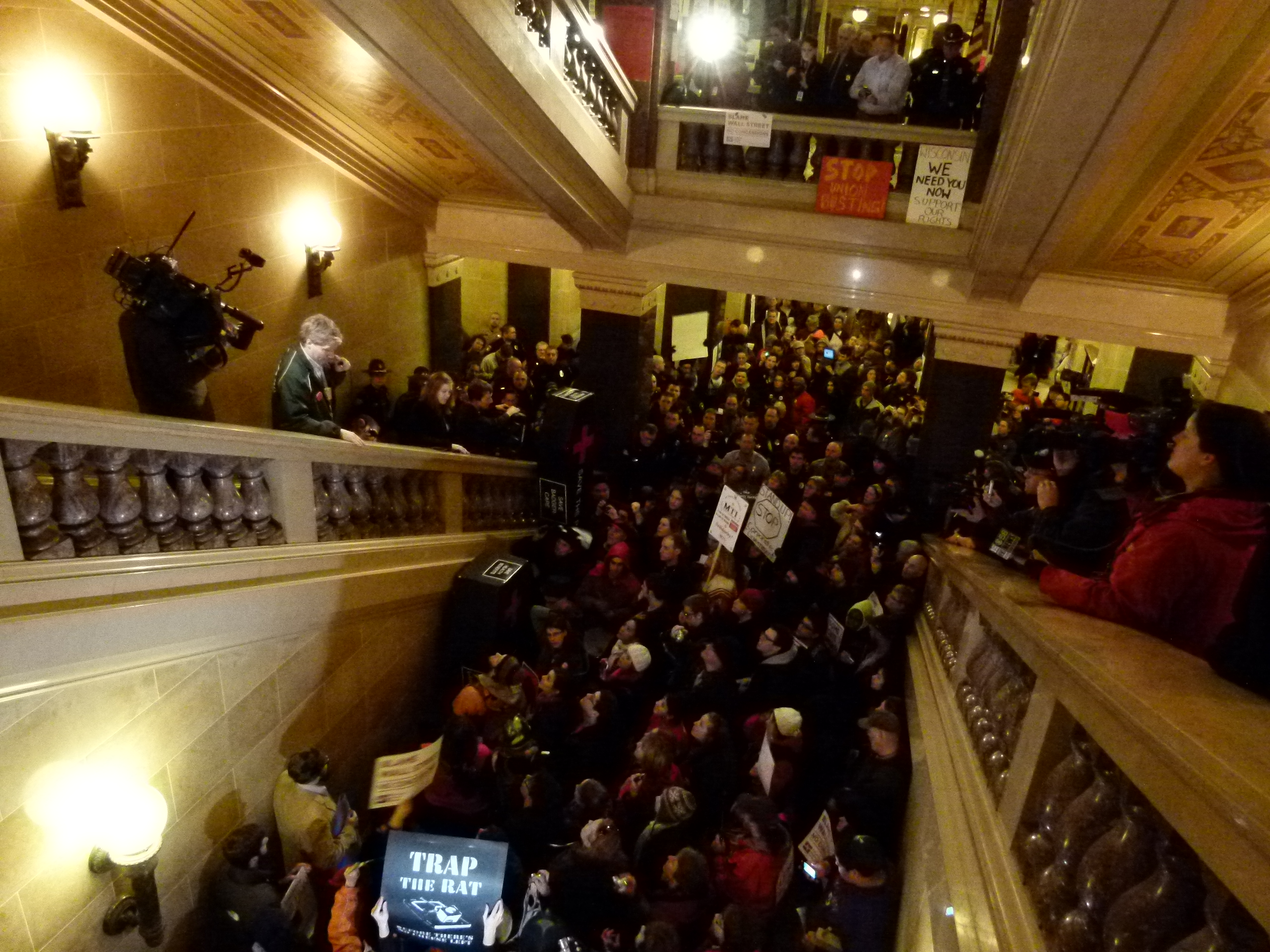 Dozens of protesters breach the capitol doors and flood the building as judge issues order to evacuate. (PHOTO: Jackie Johnson)

Protesters leave the Capitol by 10pm Thursday, but not without contemplation and surprise.

Just before 6:00 pm a woman in the rotunda explains to lingering demonstrators what the consequences of remaining in the Capitol would be despite a court order to leave after regular business hours; when unexpectedly, several dozen people rush their way into the building from the State Street entrance. Ear-piercing screams, stomping and the banging of drums instantly overwhelm the space.

Madison Democrat Brett Hulsey tries to inform the crowd of the significance of the court ruling to clear the building. People in the crowd question the decision, shouting back in disagreement.

Capitol Police Chief Charles Tubbs is on hand, calming down the crowd with reason and respect. Sheriff Dave Mahoney and scores of law enforcement officers help to keep the peace.

Nineteen-year-old protester Damon Terrell acknowledges that it might be in everyone’s best interest to leave the building, but he will not. He suggests others consider the consequences of their actions before making up their minds. “Do you have children that need you? Do you have animals that need feeding? I am 19 years old; I can put my life on hold.”

After chanting, shouting, and drumming; protesters eventually left the building without incident. They’ll be allowed back inside during normal business hours beginning on Monday.