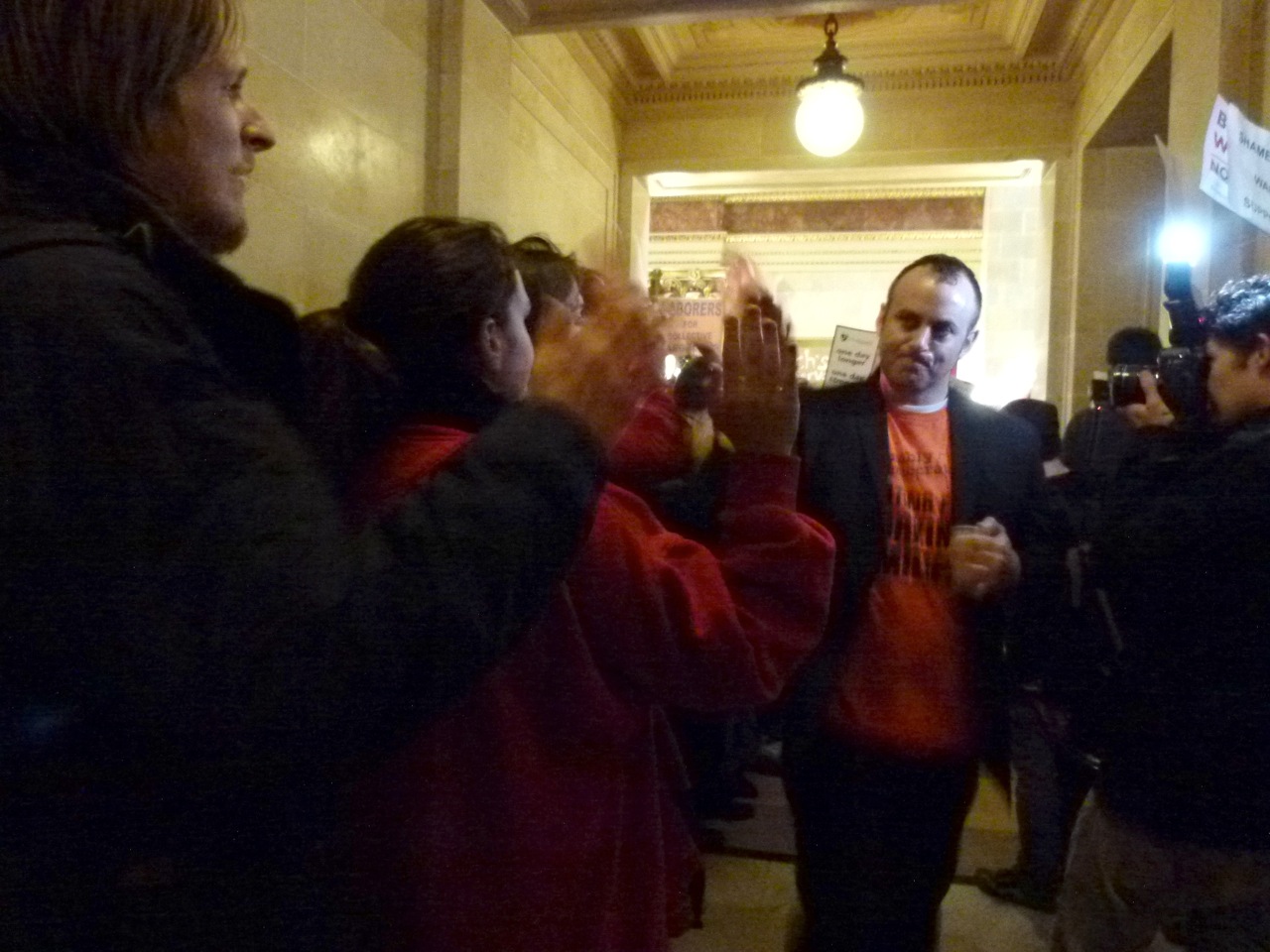 Democrats walk past a sort of receiving line of high fives from supporters after Assembly vote. (PHOTO: Jackie Johnson)

The Democrats are not taking lightly the vote that strips union workers of most of their collective bargaining rights.

Mark Pocan (D-Madison) says they are already in the process of challenging the legality of this controversial legislation. “Right now I know the DA is looking at it; we’ve got attorneys looking at it.” He says, “there have been so many rule violations and law violations.”

Pocan encourages “people to keep up the fight,” saying if they don’t win the collective bargaining issue now, the people will have their voices heard come election time.

Assembly Minority Leader Peter Barca (D-Kenosha) says investigators from the DA’s office are already working on fighting the Open Meeting’s Law violation by the GOP — referring to scheduling the Joint Conference Committee meeting on Thursday without much notice. “People will be disappointed, there’s no question. We just are gonna have to put our faith and trust in the courts.”

Barca says they’ve taken the high road and will continue to do so. Meanwhile, Assembly Majority Leader Scott Suder (R-Abottsford) says this is what they promised they would do while campaigning, and that’s why they got elected. “We said on the campaign trail we were going to put this ship — our finances — in order.”

The governor will likely sign the bill into law as soon as legally possible.