You are here: Home / Politics / Govt / High costs cited for Capitol clean up 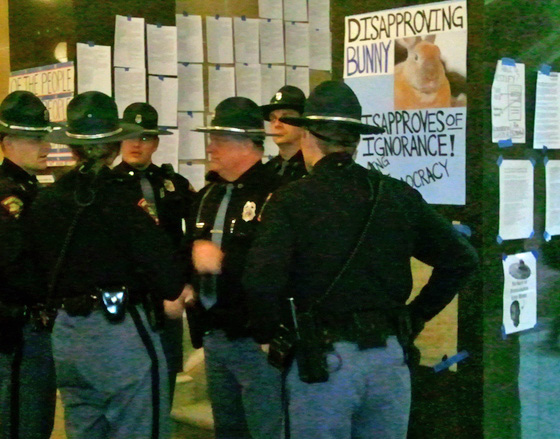 Attorneys for the state say it will cost up to $7.5 million to repair damage from protesters signs that have been taped to the walls of the Capitol building in Madison.

During a hearing in Dane County Court on restoring public access to the Capitol, attorneys for the state revealed private estimates indicate a $500,000 cost to supervise the removal of taped up posters and adhesive residue, $6.5 million to restore the marble surfaces, and another $1 million to damage on the building’s exterior.

Attorneys also revealed that 41 rounds of hollowpoint rifle ammunition were found scattered on the ground outside three different entrances to the building Thursday morning. Police do not carry that type of ammo and have no idea how it got there.