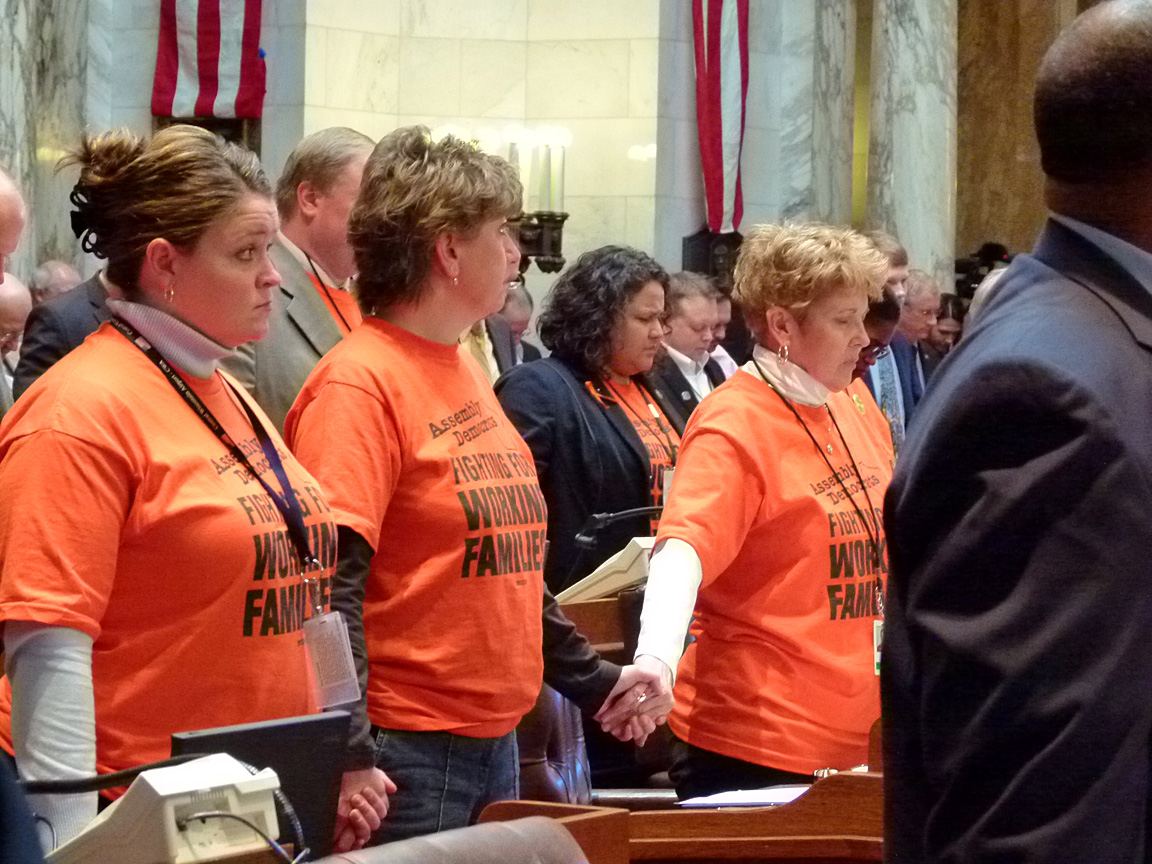 Rose Smyrski, Kapanke’s chief of staff, says the La Crosse Republican is the victim of threats and vandalism, including a smashed windshield in Madison and two incidents of nails strewn in the driveway of his La Crosse-area home.

Kapanki’s political opponent in La Crosse, Assembly Democrat Jennifer Shilling, encourages peaceful debate among both sides of the issue. “I denounce these aggressive actions from individuals on both sides that have taken place recently surrounding the ongoing debate over worker rights.”

Smyrski says her boss has also received death threats. Kapanke is one of eight Republican senators targeted for recall attempts due to their support for Governor Scott Walker’s controversial budget repair bill, and its effect on collective bargaining for public employees. The state Justice Department is investigating the e-mail threats against the Republican lawmakers, as well as a “gruesome” threat specific toward Kapanke.

Shilling condemns those making the threats. “I am troubled to hear that Sen. Kapanke and his family have been the target of threatening statements and have had damage done to their personal property. I have said from the beginning of this session that those involved in political discourse there is a responsibility to engage in meaningful debate and do so in a way that does not tear down our country or each other.”

Shilling stresses, the overwhelming majority of protesters over the past three weeks have been respectful and courteous, despite record crowds and high emotions.

Smyrski says Kapanke would not be surprised at Shilling’s response, saying the two senators have a good relationship and he’d do the same for her. Kapanke’s office evaluates daily the eventual return to normalcy.

Eight Democrats are also being targeted for potential recall, for their decision to flee the state to avoid a vote on the Governor’s bill.