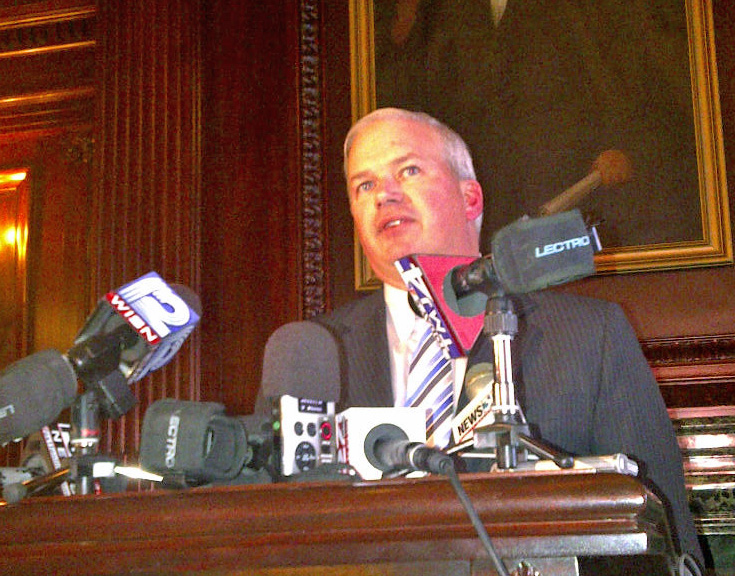 Senate Republicans have approved an order to detain the 14 missing Senate Democrats for contempt of the Senate. The Senate had passed a resolution Thursday morning, ordering the Democrats to appear on the Senate floor by 4:00. That didn’t happen, and Majority Leader Scott Fitzgerald signed orders holding each Democrat in contempt of the Senate, and orders to detain them which amount to the same thing as arrest warrants. “I’m still hopeful that this is the remedy,” said Fitzgerald. “If this is what it takes to get a Democrat Senator back to the chamber, than this is what it takes.”

“These latest tactics by Senator Fitzgerald are just not productive in moving the state forward,” said Senate Minority Leader Mark Miller in a statement released by his office. “I agree with the head of the Wisconsin Professional Police Association, an organization representing over 11,000 law enforcement professionals, that threatening to take Senators into custody isn’t going to solve our budget issues. Our focus needs to be on how we move our state forward, balancing our budget and protecting people’s rights, not how we exact political revenge.” The orders to detain allow any law enforcement officer, not just the State Patrol, to pick up the Senators. It does not extend south of the state line to police in Illinois, but Fitzgerald believes many of the Democrats are traveling between Illinois and their homes in Wisconsin.

Fitzgerald, who said he was still distraught that the 14 Democrats had employed the flight strategy to stall action on the budget repair bill, said this latest action to get them back is not about the bill, but about protecting the Senate and the ability to have a representative government. “And I hope moving forward, that every legislator in that body can make that distinction. Because if you can’t, then what prevents you from running out on the next bill? What prohibits you from running out on the full budget?”

Fitzgerald said “the public should be outraged” by what the Democrats are doing. “We’re in a constitutional crisis. If that document means nothing to those individual legislators that were elected and represent those districts, than none of this means anything. And that’s what’s really at stake right now: the ability for us to have a representative government.”