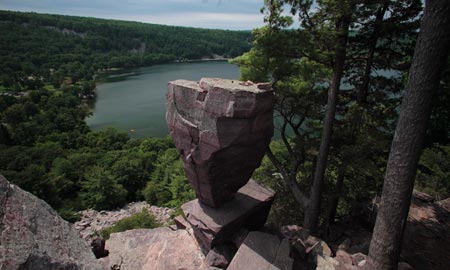 Minnesota lawmakers are deadlocked on their budget and the state could experience a government shutdown on Friday, as the holiday weekend gets under way.

Regardless of any shutdown of non-essential services in a neighboring state, our state wouldn’t think of taking advantage of their misfortune, so says Wisconsin Department of Tourism Deputy Secretary Dave Fantle.

“We don’t exploit or leverage any of the negativity that could come, just as when we had some problems in the Dells due to Mother Nature. No one came to poach or exploit that situation.”

After reaching a stalemate on budget discussions, lawmakers in the Gopher State meet in hopes of coming to a last-minute deal so state parks and recreational areas wouldn’t have to be closed for the extended Fourth of July weekend.

Fantle says Wisconsin would not try to lure those folks to our side of the border; however he says, it doesn’t mean they’re not aggressively marketing our tourism destinations to Minnesotans as part of their regular advertising campaign. “That effort goes unabated but it doesn’t accelerate because of the potential problems they are having in the state government.”

Fantle says Wisconsin is a friendly competitor with our neighboring states, especially when it comes to collaborating on international tourism dollars.

Minnesota lawmakers are in a stalemate over their $5 billion deficit, much more than Wisconsin’s recent $3.6 billion shortfall. If no compromise is reached by Friday, many state services, like state parks, the zoo, and highway rest stops, as well as highway construction projects will be suspended.