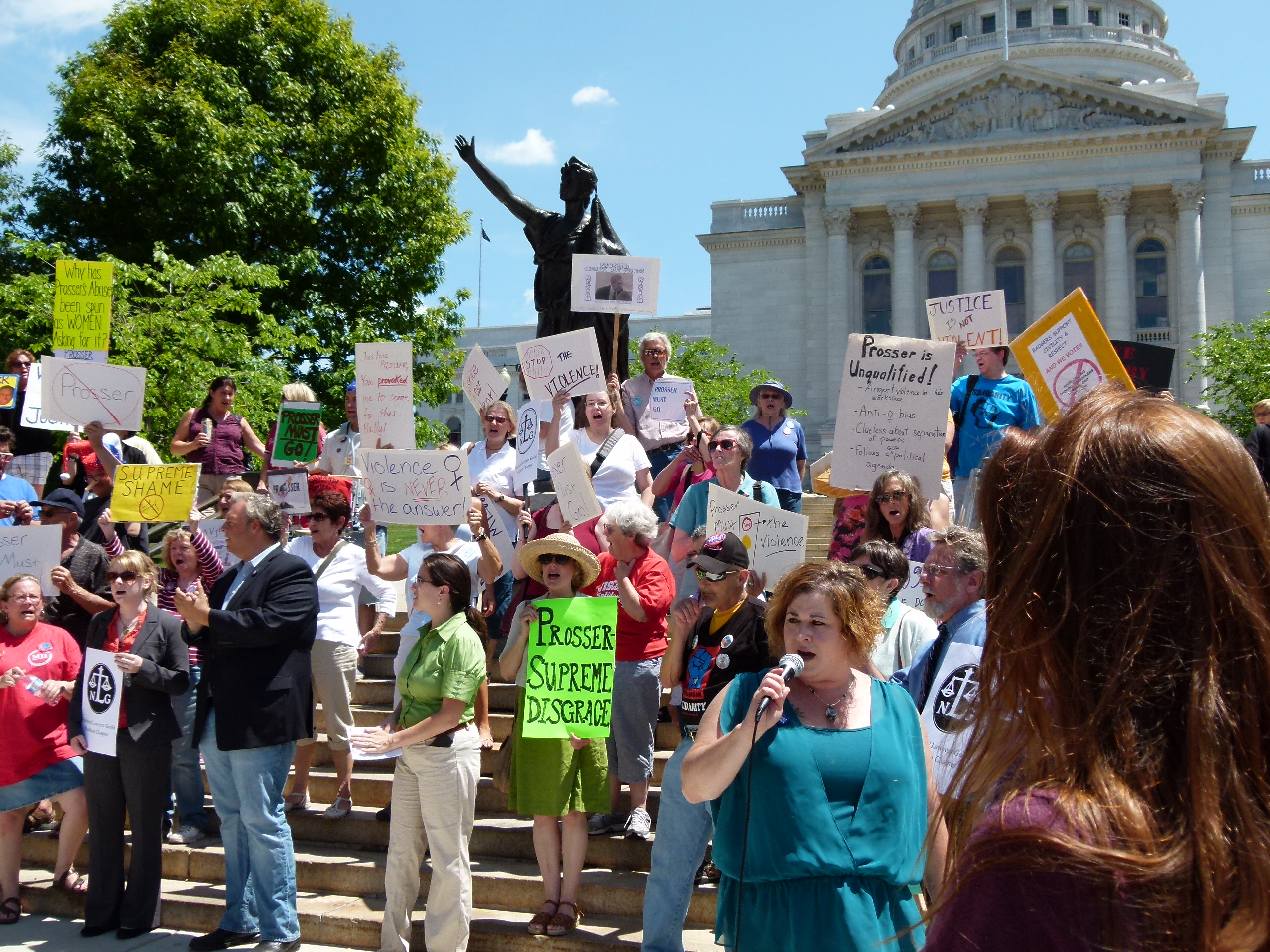 A rally at the Capitol Tuesday sought to pressure Justice David Prosser to take a leave of absence. “In any workplace that I have ever been in, if somebody is accused of such serious allegations – putting a fellow co-worker into a choke hold – they would be expected to be on leave immediately,” said Lisa Subeck is a Madison common council member, and President of NARAL Pro-Choice Wisconsin. “The alleged physical assault by Justice Prosser is completely unacceptable,” said former Dane County Executive Kathleen Falk. “Justice Prosser should step down while the investigation continues.”

The Dane County Sheriff’s Department and the Wisconsin Judicial Commission are investigating allegations that Prosser placed a choke hold on Justice Ann Walsh Bradley in her office last month. Prosser maintained that his hands came into contact with Bradley after she came at him during a heated discussion over collective bargaining. There’s been no indication that either justice will take any sort of leave while those investigations are conducted.

“Justice Prosser’s on the highest court in our state,” said Subeck. “We should expect him to do just what any of us would be expected to do in a similar situation.” Melissa Sargent, a Dane County Board Supervisor, also addressed the crowd of about 100 people, gathered on the Capitol’s State Street steps. “If behavior exhibited by justice Prosser had occurred in any other workplace, that person would have been placed on administrative leave or reassigned during that investigation.” Anthony Prince, a labor attorney and president of the Madison chapter of the National Lawyers Guild, said placing Prosser on administrative leave pending the outcome of the investigation is “not a radical proposal.”

The incident between Bradley and Prosser allegedly took place on the evening of June 13th in front of other Justices, as they met to discuss a court opinion on the Governor’s controversial collective bargaining law. That opinion was released the day after and invalidated a lower court ruling that had blocked the law from taking effect.