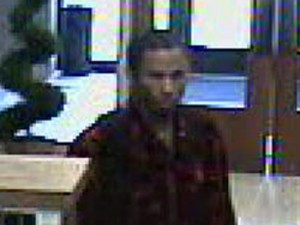 A 22-year-old Milwaukee man has been taken into custody in connection with a bank robbery in Fond du Lac on Monday. Fond du Lac Police Captain Steve Klein says detectives worked around the clock after the robbery at Hometown Bank.

Klein says video and physical evidence left at the scene helped lead them to a Milwaukee man. Working with police there, detectives traveled to Milwaukee Tuesday and took the suspect into custody.

The suspect is currently being held in the Fond du Lac County Jail. The man will be charged with Robbery of a Financial Institution.

Klein says Chief Bill Lamb credited the work of detectives for getting the suspect so quickly off the streets.

No one was hurt during the robbery and no weapon was displayed. The suspect made off with an undisclosed amount of cash. Klein says the man has been somewhat cooperative with investigators.