You are here: Home / News / Japanese beetles stay for another month 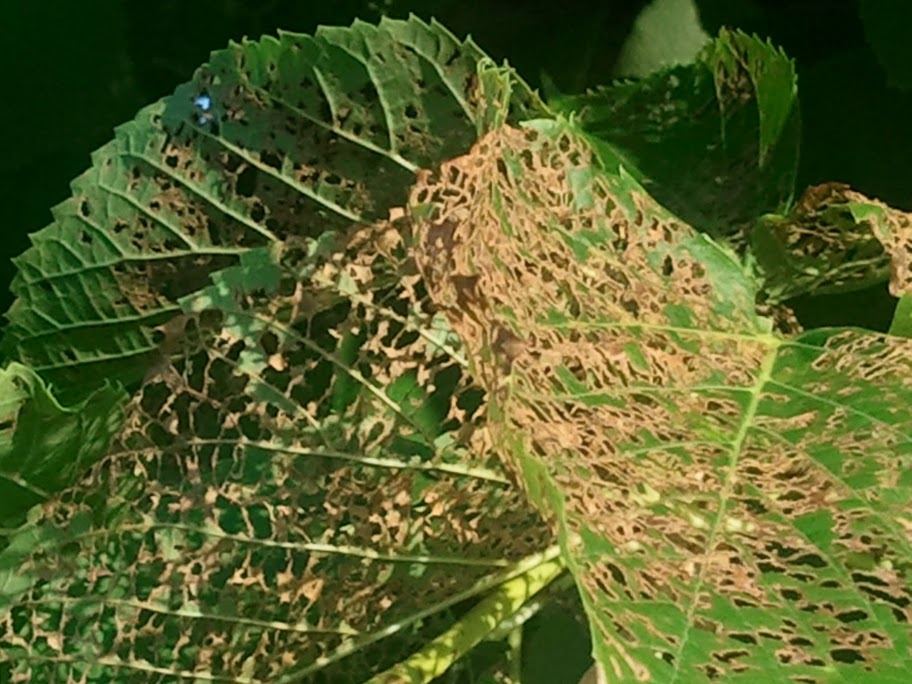 One expert calls it “the bug from hell.”

University of Wisconsin-Madison entomologist Phil Pellitteri is quite familiar with the Japanese beetle. “The small kind of coppery green, metallic beetle looks like a small bumble bee almost, in both the way it flies and kind of lands on plants.” And when it lands, you can be sure it’s not there for the view.

Gardeners and nature lovers in Wisconsin are noticing leaves chock full of holes, resembling a green lace, but there’s nothing lovely about Japanese beetles eating their way through your yard. “Japanese beetle is more intense, takes more fun out of growing plants outdoors, than any other insect that we have in the state.”

Pellitteri says one thing that makes the shiny bug so bothersome is that it feeds on such a wide variety of trees, garden plants, fruit bushes, and flowers. But with some exceptions, the damage is mostly cosmetic and not long lasting — unlike the Emerald ash borer which attacks and kills ash trees. Still, that’s not much consolation for nature lovers.

The bug expert says there’s really no way to get rid of the pesky bugs.

“What the insecticides are for is for protecting individual plants. So you’re trying to keep the leaves on the plants or the flowers on the plants, but as far as eradicating them, there’s no way.”

By itself, it’s not a bad looking bug, with a metallicy glimmer, but they gang up on plants in clusters and feast on the foliage. Pellitteri says the damage usually isn’t fatal to plants, but it’s ugly and discouraging to gardeners.

Those hanging bag traps really cause more problems than they solve; only 3/4 of the beetles get caught, the rest drawn to the trap will find their way to the garden. Pellitteri says we’ll see some relief from the bothersome bug around September.